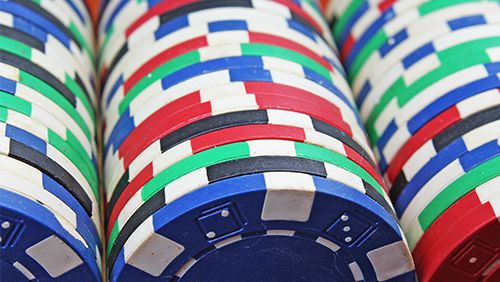 According to many sources, the French practically invented the game of poker, meaning it wasn’t really the genius idea of two card players on a Mississippi riverboat. If it was originally a Gallic game, then the French laid down the gauntlet. The only way to back that up was to become some of the best players in the world.

When you’ve read our run-down of the 10 best French poker players of all time, you’ll agree with us that they very much do so and that poker players from France are très formidable.

One of the most up-and-coming French players kicks off our list as Julien Martini leads from the front with $4.8 million in lifetime winnings. Martini’s biggest live poker win to date is the $2.9 million he won as runner-up in the 2019 PokerStars Caribbean Adventure PSPC, but he has also won a WSOP bracelet in the $1,500-entry Omaha Hi-Lo 8 or Better event back in 2018.

The eponymous Roger Hairabedian is one of France’s most hilarious exports. Hairabedian’s biggest result so far is the €419,520 he earned by taking down the 2008 Grand Prix De Paris, where he was last man standing on a final table including high roller Talal Shakerchi, Bertrand Grospellier and Franck Kalfon. Bon Chance!

Effusive in his manner and a table talker par excellence, Hairabedian is one of the game’s great characters.

Soulier is another of France’s most charismatic players, with bags of personality to add to his massive tournament winnings. While he’s well known for winning the WSOP bracelet in the $10,000-entry H.O.R.S.E. Championship in 2011, Soulier’s result in that event for ¢609,000 was eclipsed by the €610,000 he won in the 2013 WSOP Europe Main Event, where he came 2nd to Adrian Mateos.

The biggest result of Jean-Noel Thorel’s career to date is easily the €1.3 million he won by finishing as runner-up to Chin Lim in the €100,000 Diamond High Roller event in this year’s WSOP Europe in Rozvadov. But Throrel is a big name in French poker and has been cashing in live events since his first cash in Paris in 2008. To date, despite his incredible success, he has only won two ranking events at the live felt, the €10,000 Turbo WSOPE event at this year’s WSOPE and the €25,000 NLHE Event at last week’s EPT Prague festival, beating the talented Ben Heath heads-up. Thorel might just be in the form of his career.

It’s impossible to think of Sylvain Loosli without considering his amazing run to the final four of the WSOP Main Event in 2013 when he finished behind only Amir Levahot, Jay Farber and the eventual winner, Ryan Riess ‘The Beast’ in the biggest tournament of all. But Loosli’smerits extend way beyond Las Vegas. An accomplished no limit player, Loosli also won the 2016 EPT Barcelona €50,000-entry Super High Roller for €1.2 million.

A hugely controversial figure, Benyamine once got right on the nerves of Luke Schwart in the partypoker Premier League and was a key player for Full Tilt Poker shortly before Back Friday turned FTP into WTF. Benyamine may only have cashed for $80,000 in the last 18 months, but he won the $10,000-entry World Championship Omaha Hi/Lo Split WSOP Bracelet event in 2015 and his biggest cash was the $1 million he won in the Aussie Millions Super High Roller back in 2011.

Despite his undoubted success, Antoine Saout’s rankings victories total just under $300,000. The bulk of his money came in two deep runs in the WSOP Main Event. In 2009, Saout finished 3rd for $3.47 million, just missing out on the heads-up battle that went down in history between Joe Cada, the youngest-ever winner and Darvin Moon. In 2017, Saout finished behind four players, winning $2 million in the process as Scott Blumstein was the eventual winner for $8 million.

Having enjoyed a smattering of cashes between 2008 and 2010, Cao took a break from the tournament game, only returning for two cashes in Macau and Monte Carlo in Spring 2014. But in 2018, Cao picked up the pace of his poker in 2018, entering the high roller and super high roller circuit, and has never looked back. In just five cashes in 2019, Cao won over $4.5 million, including his best-ever result, that being the $3.3 million he won by taking down the Triton Short Deck Main Event in the Montenegro Super High Roller Series.

One of the most recognisable faces from France is Ben Pollak, who’s incredible $12.9 million in cashes represent the second-best total of any French player, and way more than Cao and company behind him. In fact, Pollak was only recently overtaken at the top in 2017 and is a living legend. Pollak’s 10 ranking event wins include the 2018 U.S. Poker Open for $416,500 and two huge EPT high roller victories too.

ElKy has had an amazing year, with €190,375 into his winning column from winning The Colossus this summer. ElKy also won €501,590 when he finished as runner-up to Stephen Chidwick in the €50,000 EPT Super High Roller in 2019. But France’s most successful tournament player of all time has won the PCA Main Event (2008), and even finished 2nd in the 2017 WSOP One Drop $111,111 High Roller. With a WPT Main Event win in 2014 and an EPT High Roller win in Madrid (2011) also in his collection, there’s no stopping Bertrand Grospellier.