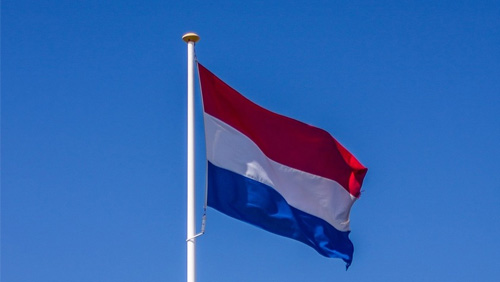 To some, it’s the land of Stroopwafel, Bitterballen or mayonnaise with every meal, even breakfast cereal. Ask others and they’ll speak of ‘total football’, Johan Cruyff, and how Arjen Robben didn’t really used to dive, he just wore extremely slippery boots.

To poker fans, however, Holland or the Netherlands have always been about legends who have changed the face of the game. Don’t believe us? You will after you find out who are the top 10 most successful live poker players in Dutch history. Be warned, however; if you read it twice, it may end up sounding like double Dutch.

10. Tobias Peters ($2,205,757)
Peters sneaks onto our top 10 courtesy of some high-profile victories on the tournament circuit, including a WSOP Circuit victory in Rotterdam in 2018, winning him $78,467 and the WSOP Circuit Championship Ring. Peters’ biggest cash is actually a runner-up finish, in the 2015 Masters Classics of Poker $1,500-entry event in Amsterdam, losing out to fellow Dutch player Dominic van Embden. Another highlight of Peters’ poker career was his 4th-place finish in the $1,500 NLHE Bounty event in Las Vegas in 2017, where he shared the final table with another countryman – Govert Metaal.

9. David Boyaciyan ($2,217,040)
Coming in at 9th on our list is David Boyacian, whose biggest ever result was for $716,000 which he won when he came second to German player Martin Finger in the 2011 EPT Prague Main Event. Not only did Boyacian achieve that, but the very next year, he came third in the same event, this time missing out to Ramzi Jelassi and Sotirios Koutoupas, who came 1st and 2nd respectively. Boyacian also won over half a million dollars when he won the Masters Classics of Poker in 2011, a year which saw him outlast a Swede and a Finn in the final three.

8. Paul Berende ($2,258,078)
Berende’s biggest win was the 2009 Masters Classics of Poker event in Amsterdam, as the mop-topped poker personality outlasted Micha Hoedemaker heads-up. It’s not Berended’s biggest win, however, with that being the 5th-place finish Berende achieved in the 2010 EPT High Roller in Monte Carlo, where Tobias Reinkemeier took down the $1.2m win against Olivier Busquet heads-up.

6. Steven van Zadelhoff ($2,479,524)
The legendary van Zadelhoff may now be almost as well known for his incredible dietary and fitness achievements as he is poker, but if that’s true, then his health kick is quite something. Van Zadelhoff’s poker resume includes victories on the Spanish Poker Tour and a runner-up result in October’s Battle of Malta Main Event. IT also features huge late runs in massive MTTs, such as the WSOP Millionaire Maker in the summer of 2019 too, and van Zadelhoff’s additional $8.6m of online winnings make him one of the most successful Dutch exports since Ruud Gullit swapped Milan for Chelsea in the 1990’s.

5. Govert Metaal ($2,811,235)
A legend among his countrymen, Govert Metaal has won countless titles over the course of 12 years of live tournament results. Although his biggest score was the $240,000 he pulled in for coming 5th in the PCA $25k High Roller back in 2011, but he has won titles in Spain, Italy, Canada and of course, Holland. Known as much for his vibrant personality at the tables, Metaal always brings the action.

4. Rob Hollink ($3,710,202)
The talented Dutch player has won several high-profile events, which put him just three places from the top of our list. Bagging the 2008 Limit Hold’em bracelet for just under half a million dollars, Hollink topped a final table including Andy Bloch and runner-up Jerrod Ankenman. Hollink’s biggest ever result at the live felt was the $845,000 he won by taking down the €10,000-entry EPT Grand Final in Monte Carlo back in 2005.

2. Jorryt van Hoof ($4,984,280)
“Van Hoof! Van Hoof! Van Hoof is on fire!”
If you know the chant, you know the result, as the charismatic Dutchman went all the way to third place in the ‘Scandi Final’, where Martin Jacobsen would eventually beat Felix Stephensen to the biggest prize in the WSOP Main Event for many years, $10,000,000. Van Hoof was chip leader at several points during that final, but ultimately fell just short. He’s also won over a million dollars in other events, too, however, including in a €9,800 High Roller at the Masters Classics of Poker, where he outlasted a final table featuring former WSOP Main Event winner Ryan ‘The Beast’ Riess.

1. Marcel Luske ($5,013,396)
The leading light in Dutch poker, even after all these years is Marcel Luske. The partypoker legend’s deep runs in the WSOP Main Event (10th in 2004 for $373,000 and 27th in 2017 for $263,000) are signature performances, but he’s also won tournaments such as the Five-Star World Poker Classic and Hall of Fame Poker Classic in Paris. He’s the showman with the most winnings on the live circuit in the history of Dutch poker players, and he knows, just like he sings here in one of his songs from his album of music which was released recently, that poker is ‘More Than Just a Game’. On that note, take us out, Marcel, and take a bow. You’re the best.