Home / Poker / Rainer Kempe on his ambassadorial role with GreySnowPoker 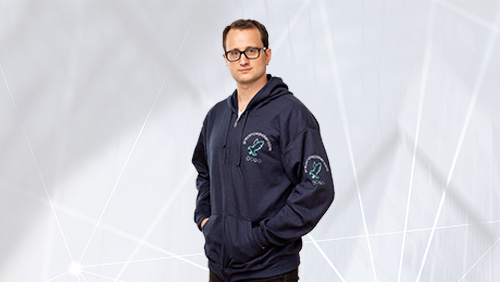 Lee Davy sits down with Rainer Kempe to talk about his ambassadorial role with GreySnowPoker.

Spot the odd one out.

When Rainer Kempe signed to be the first ambassador of GreySnowPoker (GSP), it seemed odder than Oliver Twist becoming one of Fagin’s pickpockets.

An online poker room run by an Indian Tribe based out of Oklahoma turning to the Vorsprung Durch Technik of poker as an ambassador – it wasn’t precisely Laurel and Hardy.

There was a time when an ambassadorial role with an online poker company was the surgeon’s scalpel. And it was easy money – slap a patch on your arm: sit down and play.

Kempe missed all of that.

“I started playing poker after the big ambassador hype when a lot of people got signed,” says Kempe. “There was a time when everyone was one big tournament win away from being an ambassador, but it wasn’t an option for me. Back then, I didn’t feel like I had too much to offer either. I didn’t know the industry well, and I was only focusing on playing the game.”

Although he missed the boat, did Kempe always want a paddle?

“As my career progressed, there were times when the option of being an ambassador for an online poker room entered my head,” says Kempe. “There were many “pro” arguments. Rakeback for one, as I was one of the biggest grinders on the Sit n Go scene. As I matured, I also felt my input would be valuable for decision-making, so I thought I had something to offer. After I won the Super High Roller Bowl, I did some short-term things with some companies, and I also held talks on longer-term engagements, but nothing ever clicked.”

To pinch a wrestling analogy (yes, I know it’s not real), you can liken GSP to the Brooklyn Brawler, and PokerStars and partypoker to Hulk Hogan and the Ultimate Warrior. So how did a relationship between such an underdog and the German #1 All-Time Money Earner begin?

“They {GSP} are an Oklahoma-based company; so having me as an ambassador doesn’t intuitively feel like a logical first choice,” says Kempe. “But as they don’t offer games in the States, they were after someone to represent them in Europe. Their search pretty much stopped once we had our initial talks. I felt valued, and I that was a big thing for me. I also wanted a chance to make this work. There are a lot of poker sites out there that feel dodgy and don’t have the opportunity to be sustainable whatsoever. With GSP I got the feeling that the people in charge know what’s happening and are willing to put some money in to grow the site. In the end, that’s how they were able to make the project seem appealing to me. 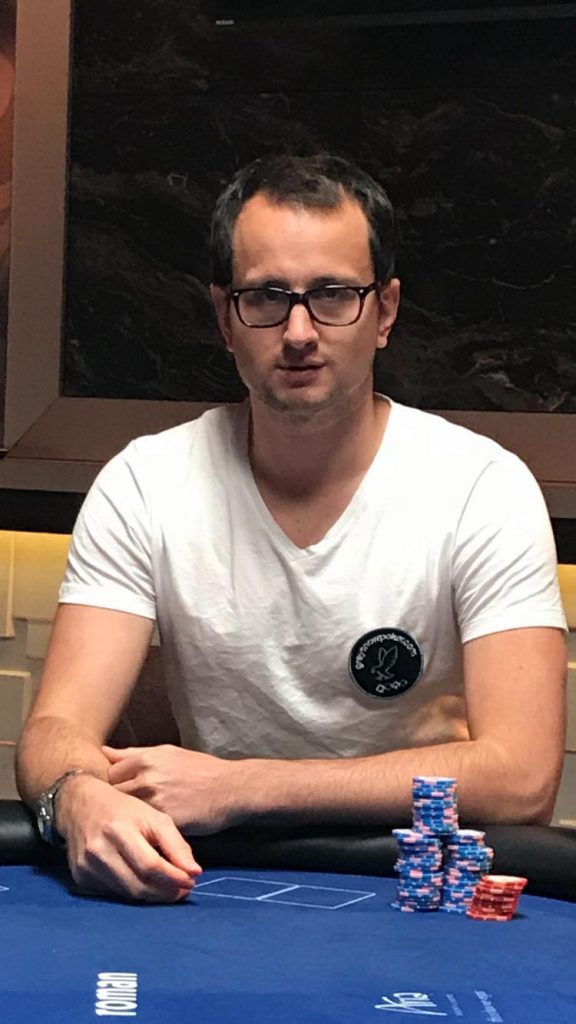 “I have been looking for something more than travelling and playing poker. I have travelled the world doing this since 2015. You start at the PCA then go to Melbourne, later the summer in Vegas. Wearing a patch doesn’t change that for me. But if I feel like my opinions are valued, and they have faith in me – then that task feels more fulfilling.

“One of my roles is to bring GSP closer to the poker community. If you have an Oklahoma-base and run your business from the Isle of Man, you’re not always in the middle of what’s happening in poker. I am their eyes and ears in this part of the world, and my role is to bring the community and GSP closer. I will also be live streaming towards the end of the year.”

Before Kempe and I began chatting, I asked him if he would be interested in a longer-form interview. Kempe agreed, but tentatively so, because being under the spotlight, in that way, is not a spot his Solver has spat out. Given he has never streamed live before, how does that make him feel?

“Fairly anxious, but through No-Limit Gaming (NLG) I have a few good friends who have been streaming for a while,” says Kempe. “I can ask them for help. I can also do the stream with my friends like Julian {Thomas} or Steffen {Sontheimer} sitting next to me. That will lighten up the situation for me. I am not absurdly worried about it, but it isn’t natural for me.”

When GSP came knocking, did Kempe do his due diligence?

“For sure, because I wasn’t familiar with the name,” says Kempe. “I hadn’t played there. I checked the software. I checked to see if the site operated in legal markets. There was no reason that I could find for why I would feel uncomfortable. I don’t feel my money would be unsafe on the site. I don’t think it’s going to be a Ponzi scheme. They don’t operate in markets where the licensing side would worry me. They have an Isle of Man license. Everything seemed very legit.

“The people in charge were very charming and convincing. I met not only the people who run the poker room, but also the Chairman and Vice-Chairman of the tribe itself. I had a good feeling about that, and it felt very natural. I didn’t have any reasons not to be excited about being on board with the company. Also, all profits from tribal operations go back into social, education and health programs for the community.”

It’s not a Ponzi scheme.

But why should anyone choose to play on GSP instead of, let’s say, PokerStars?

“Neither the prize pools or the buy-ins are crazy big when you look at our MTT schedule,” says Kempe. “When I think about building a bankroll and getting into poker, then the MTTs on GSP are absurdly beneficial. There has been a bunch of tournaments with 30% overlay happening every day for months now.

“People underestimate or miscalculate how money is made in poker. Money isn’t necessarily made by winning big tournaments. You can’t plan on winning tournaments. You can plan on playing the right tournaments. If I were building my bankroll, being able to play 2-3 times per week, then this would be a choice that I could happily recommend to people, because I don’t think there are a lot of sites that are better for you to make money in the early stages of your career.

“Compared to PokerStars, for example, you look at the low stakes, and the rake situation is completely absurd. The structure and rake situation makes it incredibly hard to make money in those tournaments. At GSP, for bankroll building purposes it makes things easier. It won’t be sustainable in the long run to constantly put money in the economy that way, but so far on GSP it’s been happening for months, and for players who take advantage of that it’s a great thing. At GSP, with the rake being effectively negative it’s a lot easier.”

One of the reasons Kempe flew onto GSP’s radar is because he is one of the in-form players in poker. He trails Sean Winter in the 2019 Global Poker Index (GPI) Player of the Year rankings, and sits #4 in the GPI World Rankings.

How important are those accolades to Kempe?

“Significantly more important that I feel they should be,” says Kempe. “They are very relevant to me. I would love to be the POY. Not many people have the option of getting that milestone during their career. 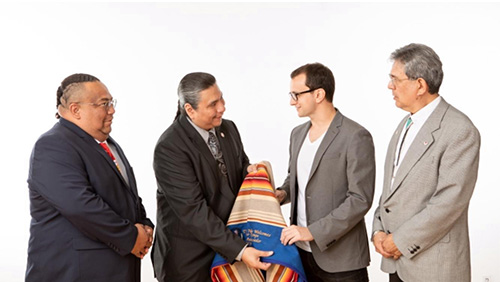 “However, it doesn’t make much sense to chase it. There are 20 people in competition for it. Being in the first place right now doesn’t necessarily mean you have the best chance to win it because of the scoring system. If I had to guess my equity of winning this year, it would be 10-15% or less, and that’s not the kind of equity that’s going to push me to chase it. If the situation changes at the end of the year, and it’s only me, Manig Loeser and Bryn Kenney who can win it, and I am one big score away from taking it down – I will do whatever it takes to win it because winning it would be a great achievement.”

“2015 is the year that makes the least sense,” says Kempe. “2014, I played hardly any live poker, so that makes sense. 2015 I played a decent amount of live poker, but no big buy-ins. At the beginning of the year, I didn’t play higher than the Main Event. I had a huge run in 2015 where I final tabled four Main Events in a row which shouldn’t happen. 2016 is not a good example, because I didn’t play a lot of super high rollers. I just got lucky and won $5m in one single tournament.

“2017 in numbers looks similar, but the buy-ins increased so heavily. The only year that’s uncommon is 2015, where I got very fortunate everywhere I went. It’s was a major stepping stone for whatever came next.”

Why did he choose to transition from online to live?

“Those movements are a lot easier when live poker is treating you so well,” laughs Kempe. “In 2015 I got a good score in a 1k in Australia. I was travelling with some university buddies, The Aussie Millions was running, and I played and did very well. The next stop was Vegas in the summer and I final tabled a 1k. If that’s the way it goes, it’s easy to get hooked. You don’t understand how insanely hot you run when you make four final tables in a row. You don’t expect it. It’s hard to know how rarely that should happen.”

Is there more of an expectation this time?

“It’s a mixture of all things.,” says Kempe. “First of all if you put it into comparison to 2015 then this year’s run has been good but on a whole different level. I have won more than I should have done, but there are a few small ones, and a lot of my final tables have been in small tournaments. The spectacular thing this year is I have won a lot of these tournaments.

“In regards to big fields, the only ones that come to mind are the Aussie Millions AUD 25k and the $600 Omaha/NLHE thing in Vegas – whatever happened there. The other ones are 30-150 people fields, and I play a lot. So you’re going to get some runs in those things. Main Events are different. You can be a pro for a decade and not make a final table in these things. It’s a great way to build a bankroll. Winning the $10k hyper in the PCA is not going to change your life too much. It’s a huge score and big money, but it’s not the tournament you took a shot at. In the Main Event – they are the ones you take a shot, and winning 60 buy-ins goes a long way.”

Post note: No-Limit Gaming (NLG) is an Esports/Poker streaming team created by Stefan Schillhabel, and Rainer Kempe is a member of the ambassadorial team.