I like the play the game of “I wonder?” 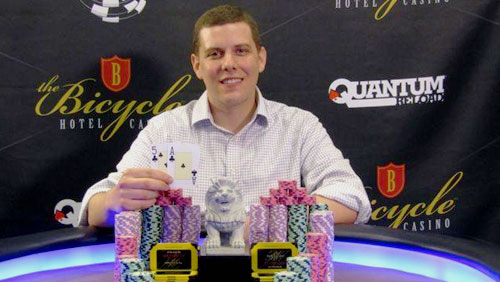 I wonder what would have happened to Britain if Vivienne Westwood was the Prime Minister and not Margaret Thatcher?

I wonder what will happen when Artificial Intelligence exceeds human intelligence and ingenuity?

I wonder what would happen if someone gave Ari Engel $10m and told him to get stuck into the biggest games in the world?

I’ll take a punt on the third one.

I think the lad would be a big winner.

Before the weekend divided the Monday to Friday sort of dying that Studs Terkel made famous, Mr Engel was thinking how cool it would be if he could turn a few $160 bullets into a $315,142 first prize.

The thinking is over.

Engel has done just that.

The Global Poker Index (GPI) top ranked Canadian emerged from a lake of French onion soup holding all the cheese in the $160 No-Limit Hold’em Mega Millions Quantum Reload event in the Bicycle Casino in Los Angeles.

The organisers guaranteed $1m, a huge amount for a $160 buy-in event, but 6,087 entrants made sure they doubled it, with Engel picking up the heftiest paycheck.

It’s another incredible achievement for a man who has won 26 live titles, including a handful of gold rings and an Aussie Millions Main Event title, on his way to banking (minus costs) $5.8m.

Engel arrived at the final table second in chips to the relatively unknown Min Zhang, but with 80 big blinds sitting next to his green smoothie, he was always the favourite.

It took five hours for the action to reach the heads-up phase and it was Engel and Zhang who duked it out with Engel converting an 84.9m v 34.9m chip lead into the third biggest win of his career.

I wonder what event Engel will win next? 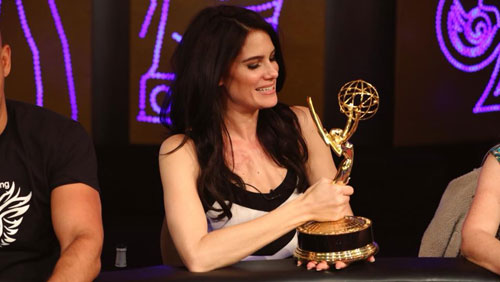 I’m a little late with this, but only because I had nowhere to put it until now.

The Bicycle Casino aired Ari Engel’s Mega Millions victory to a broader audience by streaming the event via the Live at The Bike livestream, and the Gardens Casino, California also got into the act at the tail end of the week.

Gardens Poker Night premiered on Wednesday night, and will continue to run Wednesday to Friday at 5 pm (PT) (two hours on Wed & Thu, and four hours on Fri) on the casino’s Twitch stream for the next 13-weeks.

Tiffany Michelle is the person pulling it all together. The 33-year-old acted as the show’s host, but is also the Director of Programming and Producer. Ten years ago, Michelle finished 17th from 6,844 entrants in the World Series of Poker (WSOP) Main Event earning $334,534.

Michelle is also best buddies with Maria Ho, after the pair appeared on Season 15 of The Amazing Race. Ho will appear on Gardens Poker Night. Other celebrities penned in to appear include the former In Living Colour star David Alan Grier, Prison Break’s Amaury Nolasco, and the star of the wonderfully titled movies Platypus the Musical and Santa Paws 2: The Santa Pups, Jennifer Cox.

Switching coasts, and online gambling failed to make the New York State Budget despite inclusion in three draft Senate budgets in the past three successive years.

Those who sit in the Senate seem to play poker during the dinner break, and those in the Assembley (and Gov. Andrew Cuomo) seem to think that poker’s shit stinks of, well, shit.

I wonder what would happen if New York had a fully regulated and licensed online gambling market?