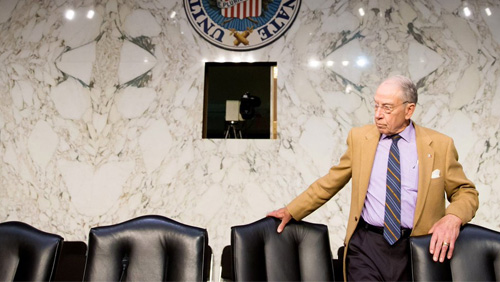 Big Fish Casino, the series of interactive social games once operated by Churchill Downs, was found to be “illegal online gambling” by a federal appeals court judge—at least under Washington state law.

In her lawsuit, Kater claimed she bought—and lost—more than $1,000 worth of Big Fish Casino virtual chips. While they don’t have monetary value, the chips are required to be able to play in Big Fish Casino’s suite of games, which include slots, blackjack and roulette. If a player runs out of the chips, he will either need to purchase more or wait until the game offers free chips.

Kater wanted to recover the value of her lost chips, arguing that those chips represent “something of value” under the Washington Gambling Law. In 2015, a U.S. District Court judge in Seattle junked Kater’s lawsuit.

Smith, however, reversed the earlier ruling on grounds that “the virtual chips extended the privilege of playing Big Fish Casino,” meaning it fell under the Washington state law’s definition of a “thing of value.”

Based on this definition, Big Fish Casino constituted illegal online gambling, according to the appeals court.

With the reversal of the ruling, Kater’s case will be returned to district court for another round of hearings. Big Fish Games’ former owner Churchill Downs, which was named in the lawsuit, can opt to argue the case before an appeals court panel or straight to the U.S. Supreme Court. Churchill Downs sold Big Fish Gaming to Australian gaming technology firm Aristocrat Leisure Ltd. for nearly $1 billion in November 2017.

The results of this lawsuit could carry lasting impact to the social games market in the United States. If the final ruling favored the plaintiff, this could open up other online gambling companies to lawsuits from players who will want to recover what they lost in the games.

Smith pointed out that each state has different statutes and definitions for online gambling. In some federal courts, “free to play” games were not considered illegal gambling. However, in this particular case, the court “turns on Washington statutory law, particularly its broad definition of ‘thing of value,’ so these out of state cases are unpersuasive,” according to the federal appeals judge.

Aristocrat might be eyeing an entry into sports gambling
Erik Gibbs
16 October 2020
.