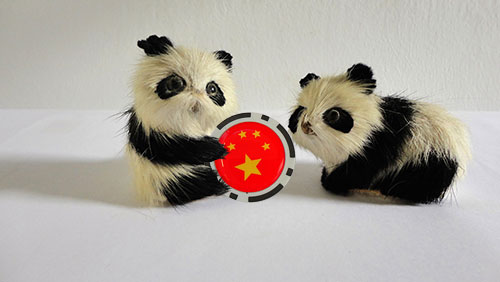 The Chinese have decided it’s wiser to have a standalone Global Poker Index China website and rankings, and the Hong Kong Player’s Association becomes the live stream partner of the Asian Poker Tour.

It’s all kicking off in China.

Donald Trump introduced a punitive tariff on steel and aluminium imports, and all hell broke loose. Randy Lew was so afraid he pawned his undelivered engagement ring and slid a gold cellophane jobbie on Celina Lin‘s fine looking finger (the ungrateful sod only went and lost it). And then the Chinese demanded a split from the Global Poker Index (GPI).

Mediarex Sports Culture Ltd (Beijing) and Mediarex Sports & Entertainment (Malta) – they seem like the same sort of thing to me – have decided it’s better for the growth of poker in China and the surrounding areas if they have a standalone GPI.

According to the press report bringing the news, the decision for the split came via feedback the players who competed in that first event. Poker is a growth sport in China, but the authorities are still unconvinced that poker is little more than a stealth weapon introduced by Trump to keep 1.3 billion people inside casinos as he steals the Great Wall of China brick-by-brick and lays it between the US and Mexico.

Zhang has begun the year well-finishing runner-up in a $3k side event at the PokerStars Caribbean Adventure (PCA) for $88,320, and second in a $3k event at the Wynn in Las Vegas for $83,000.

The partnership begins with coverage of the APT Championship Philippines March 21 – April 12 at Resorts World Manilla via HKPPA’s channel Douya.

Up until this point, the APT has used Facebook’s Live feature to stream content, but see the value in HKPPA’s broader reach via their Internet streaming platform.