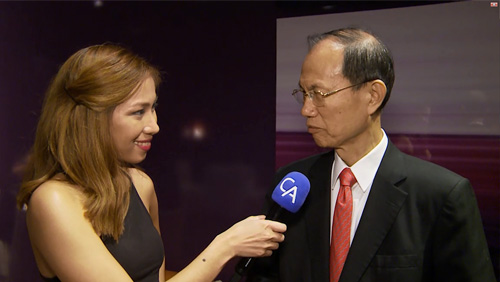 In this interview with CalvinAyre.com’s Stephanie Tower, Taiwan Lottery Chairman Steve Hsieh shares how other lottery operators may be able to sway millennials into playing the lottery.

Gambling has been a way of life for many Chinese and it dates back to ancient times. Access Asia Limited researchers revealed in 2002 that the first Keno was first played in China 3,000 years ago.

The Chinese penchant for gambling lives on despite the government’s imposition of strict regulatory controls and bans. Steve Hsieh, chairman of Taiwan Lottery, pointed out that even after the Chiang Kai-shek-led Kuomintang political party retreated to an island southeast of China to establish the nation of Taiwan, they brought China’s love of gambling.

Taiwanese betting laws are very strict. It is only legal to bet on approved lotteries. Hsieh said that lottery games are considered more as a charity and not as business, unlike in other countries.

“Local Taiwanese love to play lottery. It is a tradition. I mean, gaming is part of the Chinese culture through thousands of years. People love it,” Hsieh told CalvinAyre.com. “The lottery business for Taiwan is not so much for business. It is much for charity. I thought this is very good. Maybe some other countries may learn from this model.”

However, Hsieh said that such tradition is now at a crossroads as the new generation of Taiwanese is becoming less interested in gambling. According to the official, lotteries are having a tough time attracting millennials because they have different consumer spending behavior compared to older generations.

“They hate to go to a sale house or shop. They want it fast, and they want it to be easy. I really think we need to work hard to attract them and this is a challenge for everybody,” Hsieh said.

In order to attract the millennials, Hsieh underscored the importance of the word ‘mobility.’