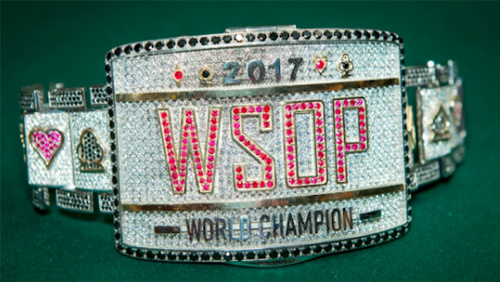 The World Series of Poker Main Event has reached the money after China’s Quan Zhou bubbled, taking home the consolation prize of a seat in next year’s affair.

In April, Quan Zhou was the darling of the poker press when he beat the Global Poker Index (GPI) World #1 Nick Petrangelo in the heads-up phase of the PokerStars Championship Macau High Roller for $469,009.

Leap into a time machine and head to Day 3 of the World Series of Poker (WSOP) Main Event, and Zhou is the man the camera crews had their lens locked onto, as he, and Roger Campbell, both ended up in the fight to avoid being the Bubble-Bubble Boy.

Zhou lost his tournament life running an unsuccessful bluff against the Triple Crown incumbent, Davidi Kitai (the Belgian was sitting on Kings full when Zhou pushed with a missed draw). Campbell lost his right to a seat when he missed his flush draw against Kenny Shih.

Only one of the two would win the consolation prize of a $10,000 seat into the 49th Annual WSOP Main Event. The pair flipped. Zhou won, and Campbell left with nothing but the inside of a tyre.

And man did Zhou look the part as the cameras started cracking with his black and white dinner suit.

Day 3 of the WSOP Main Event began with 2,572 players all seeking refuge on Day 4. Only 1,084 survived the minefield, and are guaranteed a $5,000 profit on their investment.

After 14-hours of intense action, it was Patrick Lavecchia who emerged as the chip leader with 1.5m. A quick glance at Lavecchia’s Hendon Mob Roll Call shows more dust than dollar signs. The most familiar face, finishing in the Top 10 was Scott Baumstein.