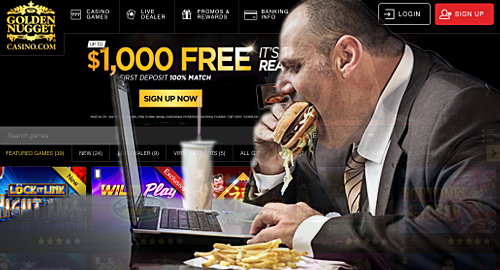 January’s gains came despite a truly sucktastic month for online poker revenue, which was essentially flat from December 2017’s total but down 16.6% year-on-year to just $1.95m. The market’s poker nadir came last June, when the vertical managed to generate only $1.73m.

Meanwhile, the dependably juiced-up casino vertical improved 21.4% to just over $20m, which all by itself was enough to extend the market’s overall $20m+ revenue streak to 11 consecutive months.

The Borgata family of sites won the race for (a very distant) second place on the revenue chart with $4.15m ($3.5m casino, $626k poker), while Resorts Digital Gaming and its PokerStarsNJ.com site jumped into third place with just under $3.9m ($3.07m casino, $817k poker).

New Jersey’s online market expects to get a little more crowded this year with the launch of two new licensees. Hard Rock International, which is currently remodeling the Trump Taj Mahal casino into the Hard Rock Atlantic City, announced this month that it had teamed with Gaming Innovation Group (GiG) on an in-development online gambling platform that will arrive sometime in 2018.

AC Ocean Walk, who are transforming the $2.4b white elephant Revel into the Ocean Resort Casino, have a deal with technology provider GAN to launch a New Jersey real-money gambling site by mid-year.