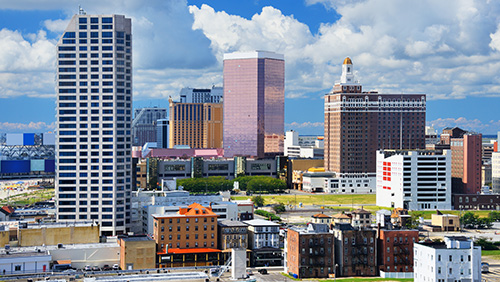 Casino revenues of Atlantic City have dipped by 2.7 percent in July but it isn’t enough to make the state gaming officials push the panic button.

In fact, New Jersey Division of Gaming Enforcement David Rebuck finds the figure “encouraging” since it only reflects the continued stabilization of the casino industry in Atlantic City.

The Press of Atlantic City reported that Atlantic City chalked an overall gambling revenue – including internet gambling and the shuttered Trump Taj Mahal Casino Resort – of $267.8 million last month. The figures was lower than the $275.2 million in July 2016, according to the figures.

“While there are fluctuations in monthly revenue, it is encouraging that Atlantic City’s current operators’ casino win figures are up nearly 10 percent for the year so far, illustrating that overall, there is continued stabilization in the industry,” David Rebuck, director of the state, said, according to the news report.

The Resorts was the biggest winner in July after seeing its revenue rise 14.4 percent to $20.4 million. The Tropicana saw a nearly 13 percent increase to $37.5 million.

Though their gambling revenue was down from $80.3 million in July 2016, Borgata is still Atlantic City’s top casinos in terms of gambling revenue with $76.3 million. The Golden Nugget’s revenue meanwhile slipped in July while Bally’s, Caesars and Harrah’s eked modest gains last month.

Internet gambling, on the other hand, extended its gains in July, rising by 18.5 percent to $20.6 million compared with $17.3 million a year ago. The Golden Nugget bested other internet gambling providers last month, up nearly 69 percent to $6.2 million.