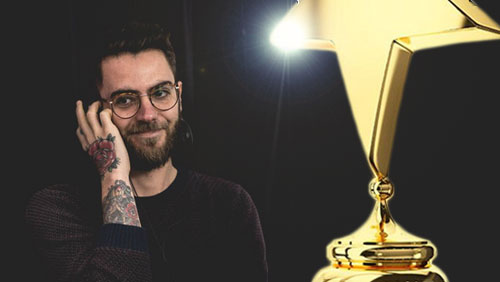 The high heels, warpaint and Gladrags, came out for another night of booze-filled revelry at a gaming awards show, and PokerStars didn’t win the Online Poker Operator of the Year award.

Back in October, partypoker won the Poker Operator of the Year award at the EGR Operator Awards putting a hard stop to a three-year winning streak for Stars.

So when it came time to open the envelope for Online Poker Operator of the Year at the International Gaming Awards (IGA) in London last night, most flowers in the garden were expecting another partypoker type bloom.

Then again, when you consider the 2016 award went to Aconcagua Poker (I’ve never heard of them either), we should have anticipated another shock.

The name that leapt out of the envelope was Kindred Group, the father figure of Unibet Poker. And if you have some skin in the Unibet Poker game then this victory wouldn’t have come as a surprise.

You can trace the roots of success back to 2013 when the Unibet hierarchy took the bold step of leaving the Microgaming Poker Network (MPN) to work alongside Relax Gaming to create a standalone product.

Since then, the Unibet platform has emerged as the top playground for poker players outside of the big three of PokerStars, partypoker and 888Poker where it prides itself on having a very close relationship to its customers.

I managed to catch up with Unibet’s Head of Poker David Pomroy, and this is what he had to say about the award.

Who do you want to care about what you sell or do?

Why would those people care about what you do or what you are selling?

“For those who already care a lot about the game, we’d hope they care because we’re trying to help push the game in a positive direction. For everyone else, because it’s a great game to get into.”

Why would they cross the street to buy from you?

“Because we feel that we genuinely offer something different and our philosophy and mission will always ensure that we continue to push in original directions.”

What emotional want are you fulfilling?

“Poker itself fulfills a lot of emotional wants (empowerment of creativity, ability to challenge and measure one’s progress, social interaction, unpredictability, curiosity, etc.). Our aim when developing a product is to speak to and satisfy as many of those wants as possible, and I’d like to think we succeed more often than we fail. Of course, when we do fail then we have to try our utmost to improve for next time.”

How can you make this more about them and less about you?

“By empowering the players, inviting as much feedback as possible and acting on it where we can. The best ideas and improvements will more often than not come from the players; we just try to use the data at our disposal to shape them into successful features.”

What will they be able to say to their friends to recommend you?

“That hopefully they felt engaged and rewarded by the site, that poker felt fun again and if they played a live event with us, that they had a great poker vacation.”

Unibet is also a dab hand at hosting a player-friendly live event.

The award-winning online poker room is currently running online satellites to qualify for the Unibet Open London where the Grosvenor Casino will play hosts 22-25 February. But if the £990 buy-in Main Event is a little too steep for you then don’t fret.

Unibet has announced the details of the 2018 Unibet UK Poker Tour. The Tour partners with Caesars Entertainment for the third successive year.  Four tour stops are in situ with a £220 buy-in £40k Guaranteed Main Event at each of them.

If you’re fortunate enough to win one of these things you receive a €2k Unibet Open package. There is also an Online Qualifier Last Longer promotion with the winner earning the same deal.

If you fancy competing, then you should know that you sit down with a 50,000 starting stack and are allowed one re-entry per starting day.

Here are the dates and venues: