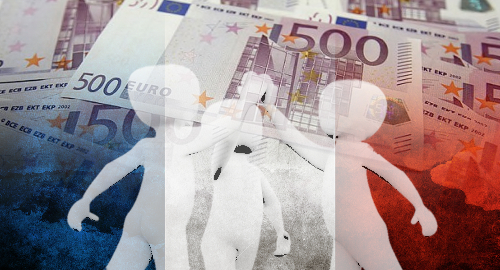 France’s online gambling market was firing on all cylinders in 2017, with even the much-maligned poker and horseracing verticals posting positive growth.

Total active bettors in Q4 were up one-quarter to 1.12m while active weekly bettors jumped 43% to 393k. However, the Q4 revenue gains were largely credited to a rash of punter-antagonistic sporting results.

Regardless of their cause, the Q4 gains were enough to push FY17 online betting turnover up 21% to €2.5b while revenue gained 35% to €472m. Both of these sums represent new annual records since France launched its regulated market in 2010.

The revenue gains were aided by a nearly one-fifth decline in marketing spending by French-licensed operators last year, due primarily to the lack of a major sporting tournament. Acquisition bonus expenses were up 10% last year, while retention bonuses declined 8%.

Online horserace betting completed the turnaround it began in Q2, posting its third consecutive quarter of year-on-year growth and its first annual improvement since 2012 as active player ranks rose 8%. Annual racing turnover rose 8% to €999m and revenue improved 4.7% to €245m. Both figures are still well below the marks set in the years prior to 2016, but the beleaguered French racing industry isn’t complaining.

France began sharing online poker liquidity with Spain last month, and Portugal is set to join the two countries any day now. Italy, the fourth member of the liquidity pact signed last summer, has been less specific about when it might join this party although its representatives have sought to reassure the other three nations that Italy intends to honor its commitments.