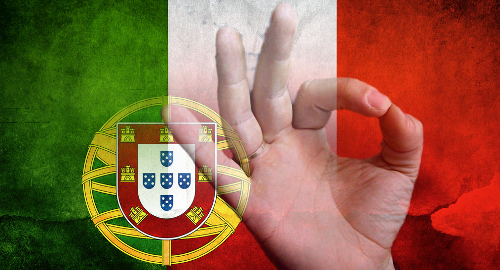 Italy and Portugal are reaffirming their intentions to honor the European regulated market online poker liquidity sharing pact they agreed to last summer.

However, comments by some Italian politicians and domestic gaming operators – the former concerned about money laundering, the latter about sites like PokerStars reaping all the benefits – led to speculation that Italy was having second thoughts about honoring its liquidity commitments.

Perish the thought, according to Pier Paolo Baretta, Italy’s Undersecretary of the Ministry of Economy and Finance with responsibility for gaming issues. Baretta told Italian gaming news outlet GiocoNews that “the agreement will be respected.”

Baretta claimed that “technical verification” of the liquidity sharing mechanism was still being conducted but when the results of these verifications were delivered to the government, “we will communicate them and then make a decision on it.”

Portugal’s Serviço Regulação e Inspeção de Jogos do Turismo de Portugal regulatory body has said little about its own progress in living up to last July’s agreement. However, PokerStars director of poker innovation and operations Severin Rasset told Pokerfuse that the company was “hopeful for a Q2 launch” of Portuguese cross-border action.

In addition to the EU member states who signed the agreement, players from markets as distant as Chile and New Zealand have reported being able to join the liquidity pool by signing up via PokerStars’ Spanish-licensed site. However, some players are already complaining that the influx of mostly sharp international players is making the games less beatable.

The Spanish site isn’t accepting customers from other EU member states that have enacted their own regulated online gambling regimes, but the extra volume is nonetheless helping to boost the fortunes of this cross-border experiment.