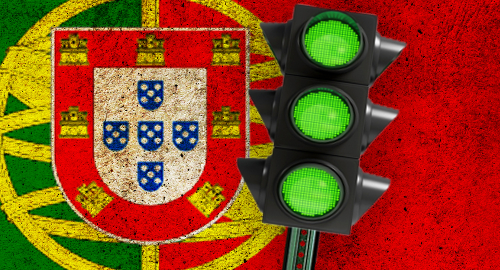 Portugal’s online poker players have been given the green light to start sharing liquidity with their counterparts in France and Spain, after the country approved the necessary regulations.

The new regulations were published in the official Diàrio de Republica and are set to take effect one day later, meaning PokerStars players in France, Portugal and Spain could all be splashing about in one big happy pool by the weekend, although Stars execs said just last week that a “Q2 launch” was more realistic.

PokerStars launched its French-Spanish pool last month, and players in non-regulated European Union markets and beyond were allowed to join in the fun by registering via Stars’ Spanish-licensed site. Reaction to this influx of international players has been mixed, due to an allegedly higher proportion of sharp players making the French-Spanish games tougher to beat.

French operator Winamax has yet to join the cross-border liquidity pool party but the company’s LinkedIn and Twitter accounts have been recruiting new employees, with an emphasis on bilingual fluency in French and Spanish, suggesting that a Winamax ‘.fres’ pool is only a matter of time.

Italy, the fourth member of the cross-border liquidity pact inked last summer, had been sending signals that it was having second thoughts about honoring its commitments. However, last week saw Undersecretary of the Ministry of Economy and Finance Pier Paolo Baretta insist that “the agreement will be respected,” although he offered no timeline for when Italy might get its liquidity act together.

For the record, Portugal’s liquidity-sharing regulations aren’t limited to poker, with an eye toward authorizing cross-border pooling of horserace bets and also allowing exchange betting fans in both countries to match wits and wagers, should regulators in these other markets concur.