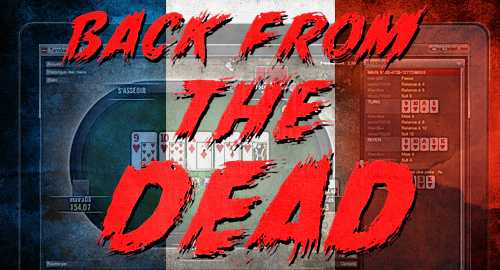 France’s regulated online gambling market was firing on all cylinders in Q3, with poker posting its strongest growth in nearly six years.

The year-on-year gains are all the more impressive given that Q3 2016 included both the tail end of the UEFA Euro 2016 football tournament and the Summer Olympic Games in Rio. Weekly active player numbers shot up 26% to 301k, which helped push the quarterly betting revenue total above €100m for the second time this year.

Even without a major football tournament, the sport remains French bettors’ favorite activity, accounting for 60% of Q3 betting stakes. Second-ranked tennis was well back at 25%, while third-ranked basketball scored only 4%, despite basketball wagers rising 58% year-on-year.

This marks the second consecutive quarter that racing stakes have improved, and the pace of growth in Q3 was significantly higher than Q2’s 9% growth. In fact, the vertical hasn’t shown such dramatic growth since the market liberalized in 2010.

ARJEL is even more bullish about its rebounding poker market given that its licensed poker operators are still waiting on the starting gun for sharing poker liquidity with the regulated markets of Italy, Portugal and Spain.