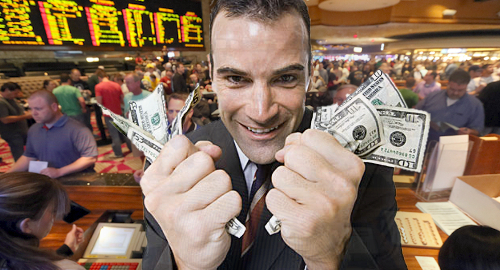 Nevada casino sportsbooks enjoyed record betting volume and revenue in 2017 on the back of soaring football and basketball wagers.

Figures released Wednesday by the Nevada Gaming Control Board (GCB) show the states’ casinos generated revenue of $960.4m in December, up less than 1% from December 2016’s result. The gains came despite Las Vegas Strip casino revenue falling 3.25% to $571.5m.

Shifting to the sportsbooks, overall revenue shot up 81.3% year-on-year to $34.5m in December, a significant turnaround from November’s $9.8m, which suffered from the worst baseball month on record.

‘Other’ sports also had a good month, improving 77.6% to nearly $1.8m while parlay cards leaped 232.7% to $491k. The month’s overall numbers would have looked even better had laggard baseball bettors not cashed in $1.85m worth of winning tickets.

As ever, professional and college football led the way with a record $1.7b in betting handle in 2017, with basketball ($1.4b) and baseball ($1.1b) also setting records for wagering volume.

With a new Super Bowl just around the corner, this week saw the US casino lobby group trot out its annual ‘estimate’ of how American bettors plan to thumb their noses at federal legislators.

The American Gaming Association (AGA) claimed this week that US bettors would wager $4.76b on Sunday’s Super Bowl LII, up slightly from the $4.7b the AGA claimed would bet on 2017’s big game. However, the AGA remained consistent in its belief that 97% of all US single-game wagering would be done outside Nevada, the only US jurisdiction that such activity is currently – emphasis on currently – legal.