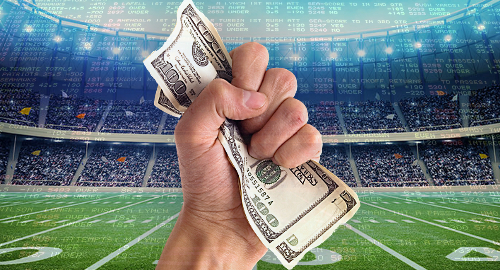 Nevada casino gaming revenue took a slight dip in December but the state managed to squeak out an annual gain all the same.

Over at the casinos’ sportsbooks, December’s revenue gained nearly 3% to $19m, despite basketball revenue tumbling 27% to $6.4m and laggard baseball bettors cashing in nearly $2.5m worth of winning tickets. December’s football numbers shot up 54.5% to $13.9m, while the racebook gained 2.5% to $3m.

Total sportsbook win in 2016 fell 5.4% to $219.2m, ending a three-year streak of record annual sports betting revenue, but still good enough to make it the books’ third best year on record. Football was the only sport to finish in positive territory in 2016, rising 10.5% to $91.2m.

Nevada’s books enjoyed record handle of $4.5b in 2016, with football accounting for $1.7b of the total. Interestingly, $1.7b is also the amount that overall handle has grown since 2010, a nearly two-thirds gain thanks to seven straight years of increased wagering. Not for nothing, but the hot streak coincides with the 2010 launch of Nevada’s first mobile wagering app.

Meanwhile, the American Gaming Association has released its annual estimate of how much money that US punters will wager on this year’s Super Bowl. The estimate, which relies on about as much actual science as your average tea-leaf reading gypsy, says that this year’s betting handle will top $4.7b – 97% of it wagered outside Nevada – representing an increase of 11% from 2016’s big game.