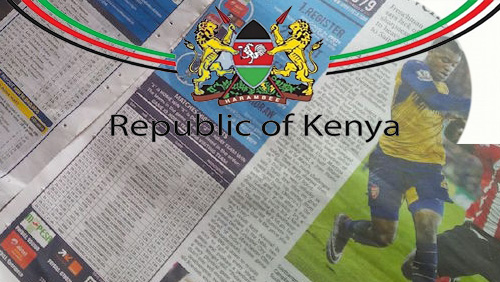 Wagering firms operating in Kenya are now seeking a dialogue with the Kenyan government in order to find a win-win solution to the gambling tax debacle.

The Star reported that members of the Association of Gaming Operators of Kenya (AGOK) met with senior officials from the Ministry of Sports, Culture, and Arts last week to discuss the tax issue but failed to reach any concrete solution.

AGOK Secretary Judith Kiragu didn’t provide a blow-by-blow account of the meeting except to say that the group reiterated its appeal to lower the current 35 percent sports betting tax to the previous tax rate of 7.5 percent.

The group also expressed its willingness to review the withdrawal of Kenyan sports sponsorships if the government agrees to rethink the new tax, according to Kiragu.

As the tax standoff drags on, Kiragu warns that over 10,000 jobs are in jeopardy as gambling operators are thinking of moving to South Africa and Rwanda.

The exodus of Kenya’s gambling operators will also result in the rise of illegal gambling in the country, according to Kiragu.

“The 35 per cent increase will lead to mushrooming of illegal gambling. This will force some of us to close down or relocate to markets such as Tanzania where taxation is low or scale down operations,” Kiragu said.

In a recent study, consultancy firm PricewaterhouseCoopers (PwC) said Kenya’s betting tax is the highest in the region and ahead of gaming hubs like Las Vegas.

Developed jurisdictions like Germany (5 percent), Las Vegas (6.5 percent) and Canada (20 percent) have significantly lower rates than the Kenyan one which became effective from January 1.