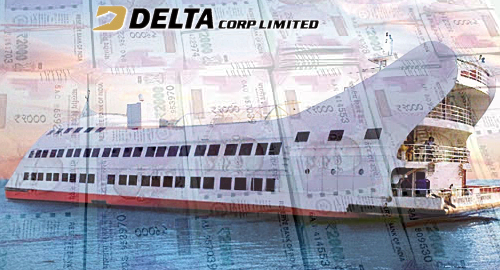 On Monday, Delta Corp released its fiscal Q3 results covering the three months ending December 31, 2017. The company’s net revenue totaled Rs1.62b (US $25.3m), a gain of 57% over Q4 2016. Pre-tax profits more than quadrupled to Rs669m while after-tax profit shot up a similarly vulgar percentage to Rs447m.

The triple-digit gains were enough for investors to propel Delta’s shares to record heights. The stock closed out Tuesday’s trading up 3.6% to Rs 329.5. Delta’s shares have now risen by more than one-quarter in just the past month.

Breaking down the revenue by section, gaming operations reported gross revenue of Rs 1.56b, up 73% year-on-year. The gains are at least partially due to last year’s launch of the new Casino Deltin Denzong in the state of Sikkim. Hospitality and other revenue improved 28% to Rs232m.

In addition to its Sikkim casino, Delta operates four casinos in the state of Goa (three floating, one land-based). Delta also runs an integrated resort in Daman, with a casino floor that has been patiently waiting on a gaming license for over four years now.

Delta has also been expanding into neighboring Nepal, announcing a deal last October to operate a casino in the Marriott Kathmandu hotel, which is scheduled to open this June.

Delta CEO Anil Malani claimed last month that his company expected a busy next few years as Goa transitions its shipboard casino licenses to land-based venues. Malani said he couldn’t wait for the state government to commence this move, claiming that Delta’s floating casinos were “completely strained for capacity.”