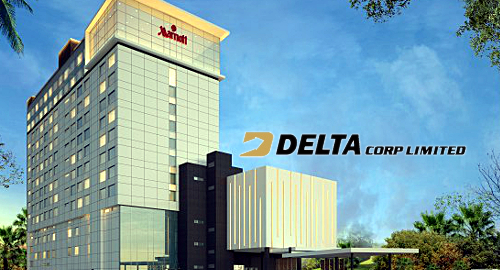 On Tuesday, Nepalese media outlet MyRepublica announced that Everest Hospitality and Hotel Pvt Ltd, a subsidiary of Nepalese conglomerate MS Group, had signed a memorandum of understanding with Delta subsidiary Deltin Group to operate a casino in the Marriott Hotel that Everest is building in the Naxal region of Kathmandu.

The 235-room five-star Marriott Kathmandu is scheduled to open its doors in June 2018, joining the MS Group’s Fairfield by Marriott-branded hotel in Kathmandu’s Thamel district, which opened this summer.

Nepal’s casino industry appears to be on the upswing, having just celebrated the long-delayed soft-opening of Silver Heritage Group’s new Tiger Palace Resort Bhairahawa. Only the hotel is currently open for business, but the casino and the other amenities are scheduled to launch on November 30.

This marks Delta Corp’s first expansion outside its native India. Delta operates four casinos (three floating, one land-based) in the state of Goa, another in the state of Sikkim and recently acquired the company behind India’s largest online poker site Adda52.com.

DELTIN DAMAN CASINO (FAILURE TO) LAUNCH
Delta also runs the Deltin Daman integrated resort in the Indian union territory of Daman and Diu, but while the company has been touting its desire to open a casino on the property since its conceptual stage, and despite casino gambling being allowed under the Goa, Daman and Diu Public Gambling Act, 1976, Delta has yet to receive official blessing to commence gaming at its flashy Daman resort.

However, Delta Corp’s website has yet to announce the happy news, and the Russian affiliate may have confused the casino launch with the Nov. 30 launch of the Deltin World Gaming Festival (WGF), which will involve casino table games including poker, rummy, roulette, baccarat, Indian Flush and Andar Bahar, but only at Delta’s Goa casinos.

There is a leg of the WGF scheduled for December 15-17 at the Daman property, but its activity will be limited to “video gaming” aka eSports titles such as FIFA 18, Counter Strike and DOTA 2. So Daman’s long-suffering would-be casino gamblers should probably contain their excitement for the time being.