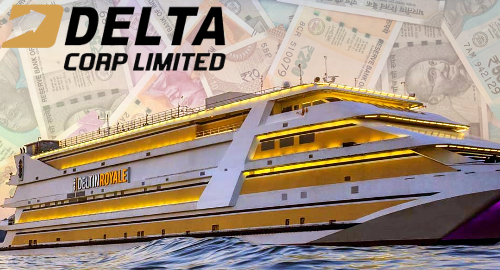 India’s largest casino operator Delta Corp saw its revenue and profit slide in the final quarter of its fiscal year but the company is confident it can ride out the COVID-19 pandemic shutdown.

On Monday, Delta Corp issued its report covering the three months ending March 31, the fourth quarter of its fiscal year. Revenue fell 10% year-on-year to Rs1.91b (US$25.3m), while pre-tax profits fell by more than one-half to Rs433m and after-tax profits fell 49% to Rs290.4m.

Delta’s mainstay casino operations in the states of Goa and Sikkim were forced to close in mid-March, which helped push the quarter’s gross gaming revenue down nearly one-fifth to Rs1.6b, while non-gaming hospitality revenue fell 24% to Rs179m. The company’s online ‘skill gaming’ operations fared better, rising nearly 22% to Rs453m.

Delta has yet to learn when its Goa and Sikkim operations might resume, as Goa authorities announced Monday that it had seen a surge in imported COVID-19 cases since it relaxed some restrictions on inter-state movement. The state’s Chief Minister said Monday that it wouldn’t consider welcoming out-of-state tourists until at least May 31, and Goa’s residents are no longer allowed in the state’s casinos.

All Goa casino operators, at least, the floating kind, did catch a break of sorts last month when the state issued yet another six-month extension of shipboard casinos’ right to operate on the Mandovi river.

However long it takes to resume its Goa and Sikkim operations, Delta management said it was confident that it will be able to survive the enforced downtime, stressing its debt-free status and sufficient liquidity on hand to “honor its liabilities and obligations, as and when due.”