Irish bookmakers got a late Christmas treat after Ireland decided not to impose a double tax on betting. 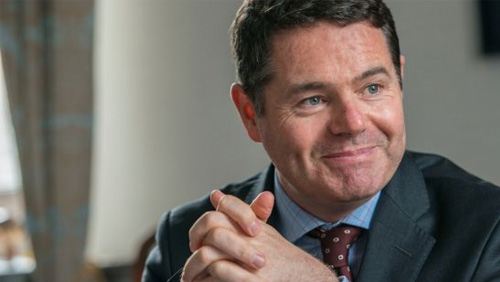 The Irish Independent reported that Irish Finance Minister Paschal Donohoe is giving the double tax proposal a pass for now following warnings from several gambling firms that it will result in job losses.

Donohoe disclosed that the Department of Finance received at least 13 submissions, all of which were painting a grim future for the industry should the double tax plan proceed. Eight of the 13 were from the betting industry while two were from the horse racing industry.

An addiction advocacy service and two individuals also filed their respective submissions against the “potentially damaging” tax extension. They all agreed that the plan would lead to business closures and job losses.

According to a departmental submission, the Irish finance minister was juggling three options that would provide an additional €50 million ($59.40 million) worth of taxes from either bookies or punters.

The first option made available to Donohoe was to hike the tax rate of bookies from 1% to 2% of betting turnover, a plan that most bookmakers opposed. The finance department could also tax the punter, but this option might drive punters directly into the arms of unlicensed operators, according to the submission. The last option involved imposing a special tax on the gross profits of wagering companies.

“There is no doubt that a move to gross profits would be of advantage to business as the level of tax payable will change in response to margins,” the departmental submission read, according to the news outlet. “From a revenue point of view there is less stability around the yield of the tax and it is more susceptible to changes in the trade environment.”

While taxing gross profits seemed to be the best option, Donohoe was advised that it would require “significant additional work” before it could be introduced. In the end, Donohoe decided to keep the current rate and shelve the proposed new taxation until next year.