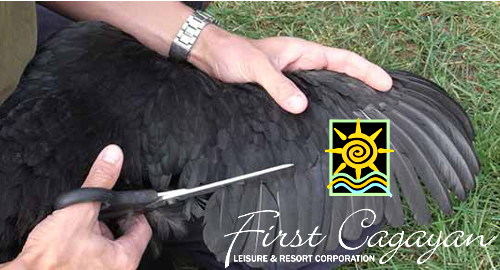 The Philippines’ former top online gambling licensing body has had its wings further clipped to adhere to the orders of Philippine president Rodrigo Duterte.

This weekend, Raul Lambino, CEO of the Cagayan Economic Zone Authority (CEZA), announced that the agency had signed separate supplemental agreements with First Cagayan Leisure and Resort Corp (FCLRC) and the North Cagayan Gaming and Amusement Corp (NCGAC) on November 20.

The two companies served as master licensors for gambling operations based in CEZA, with FCLRC handling online gambling and NCGAC overseeing land-based operations. The new agreements give CEZA exclusive control of “regulatory functions and powers over all gaming operators, land-based and offshore.”

The Executive Order #13 that Duterte issued in February clarified that online licensees must contain all their operations – including business process outsourcing (BPO) operations – within the borders of the economic zone that issued their license.

Many of CEZA’s online licensees chose to locate their BPO operations in Metro Manila, where the technical infrastructure and staffing resources vastly outstripped CEZA’s long-criticized capabilities. The Manila Standard reported that CEZA has now revoked the enterprise registrations of 164 Manila-based BPO operations that had been assisting FCLRC licensees.

The supplemental agreement also rescinds FCLRC’s exclusivity for online licensing within CEZA. Lambino said this step had “levelled the playing field” and would “allow new and more players” to seek accreditation as a CEZA online licensing body.

However, CEZA has reportedly stipulated that companies interested in becoming a new online licensor would be required to pay $100m up front, a hurdle that will likely deter any serious interest from would-be licensors.

FCLRC, a division of Leisure and Resorts World Corp, was already doing a poor job of holding on to its online licensees after Duterte’s executive order and the arrival of the new Philippine Offshore Gaming Operator (POGO) license regime instituted by the state-owned Philippine Amusement and Gaming Corporation (PAGCOR). POGO licensees don’t face the same restrictions regarding Manila-based BPO operations as do licensees based in the Philippines’ geographically isolated special economic zones.

To mitigate the loss of FCLRC’s online exclusivity, CEZA has agreed to allow FCLRC to branch out into land-based licensing. But this will likely prove insufficient to offset what has proved to be a very challenging year for FCLRC, with the promise of further challenges in the year to come.