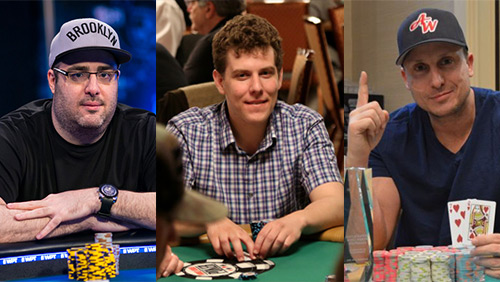 Three live tournament results to catch up on including a World Series of Poker Circuit gold ring for Jared Jaffee, Ari Engel wins the Heartland Poker Tour Player of the Year, and Mike Dentale beats a sick final table to win the Card Player Tour Main Event at the Venetian.

Jared Jaffee has earned himself another trinket after taking down the World Series of Poker Circuit (WSOPC) $1,675 buy-in Main Event at The Bicycle Casino in Los Angeles.

For his latest win, Jaffee secures a seat in the season-ending Global Casino Championship where he will try and capture his second gold bracelet. The New Yorker is in a rich vein of form. A few weeks ago, he won a side event at the WPT Five Diamond World Poker Classic, beating 187 entrants for the first prize of $84,348.

Jaffee has won over $3.4m in live tournament earnings.

Another player bang in form is Ari Engel.

Ranked #6 in the world by the Global Poker Index (GPI), Engel came into the Heartland Poker Tour (HPT) Season XIII Championship knowing that a win, coupled with none of the top ten making the final table, meant he would take down the Player of the Year award.

Three weeks after finishing fifth in the $3,500 buy-in Rock n Roll Poker Open for $93,560, Engel dominated the HPT Championship from the bubble onwards, overcoming a minor stumble on the final table, to take down his 22nd live tournament victory of his career.

Engel beat Jacob Bazeley in heads-up action to bank the $162,154 first prize and wins passage to six HPT Season IV Main Events after finishing the year as the top dog.

Engel has now won $955k for the year, his second largest annual haul, bested only by his $2m win the last term. All told, Engel has won $5.2m playing live tournaments at all rungs of the ladder.

Mike Dentale told Card Player magazine that he doesn’t do too well against recreational players.

Well, there weren’t many of them at the final table of the $3,500 buy-in 2017 Card Player Poker Tour Venetian December Extravaganza Main Event.

The 47-year-old window business owner overcame a field of 235 entrants, including a final table that housed the likes of Mark Radoja, Joseph Cheong, Dylan Linde, Jack Salter, and Paul Volpe.

Dentale banked $185,061 for the win after beating Mark Radoja in heads-up action. It’s Dentale’s third tournament win of the year, and he now boasts $1.7m in live tournament earnings.