Home / Poker / Pandas and Poker: GPL China the accomplishment of a dream 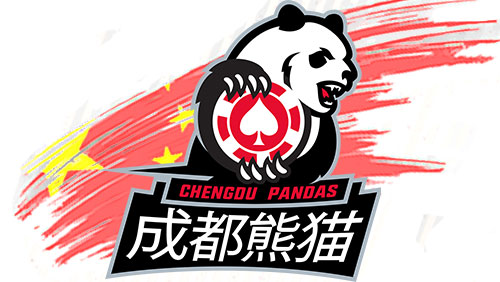 The inaugural season of Global Poker League China ends with a victory for the Chengdu Pandas, as they clean sweep the Hong Kong Treasure Ships in the finals on Monday.

I never knew that.

The term used by conservationists to describe the plight of this adorable animal is ‘vulnerable.’

The pandas can thank the Chinese government for saving them from extinction. Imagine pointing to the cuddly toy on the bedroom floor, explaining to your one-year-old daughter that they no longer exist.

France’s First Lady, Brigitte Macron, and a group of Chinese delegates visited the zoo to name the young cub Yuang Meng, translated to mean accomplishment of a dream.

The Chinese loaned the pandas to the French. Yuang Meng will return to China once weaned.

Meanwhile, 8,212 km away, there was another exchange of goods between the French and Chinese, only this one involved quite a few more pandas.

Six months ago, buoyed by the success of the inaugural Global Poker League (GPL) Season 1, the French entrepreneur, Alex Dreyfus, forged a strategic alliance with Juzhong Joy to create the first GPL China and the mantra Compete Globally, Play Locally was born.

GPL China was a little different from GPL Season 1, but it had Dreyfus’s brush strokes. Unlike, the high-end spectacular of GPL Season 1, GPL China dug deep into the grassroots of Chinese poker, a much-needed use of the shovel, in a country that’s still coming to terms with viewing poker as a sport.

Throughout the six months, teams from 12 cities, competed in regional leagues, in the same way, that local leagues such as The English Premier League (EPL), Serie A, and La Liga act as tributaries for the Champions League in football.

The winning teams from each city became the championship franchise, and on Monday the Chengdu Panda’s battled The Hong Kong Treasure Ships to an exciting conclusion.

It was all there.

It was a best of three format played out via 6-Max, Heads-Up, and 2v2 Heads-Up. In Game 1, The Treasure Ships came out of the first 6-Max matches with a slight advantage, but the Pandas turned it around with a clean sweep of Heads-Up formats to lead 1-0.

The Pandas continued to batter the ships with more bamboo when they took the lead in Game 2 by winning the 2v2. The Sirens were singing. The Ships were heading to the rocks. And then there was hope, as the Triton Super Series Founder, Winfred Yu, won the Heads-Up, to even the tie.

The 6-Max would decide things.

A victory for the Pandas would end GPL China right there.

A win for the Treasure Ships would take the tie into a decider.

One by one players hit the rail like odd socks in a laundromat until there was two on one action with the Ships holding the numbers.

Now here’s the thing about narratives in poker.

While you may choose players who look like they have just stepped off the set of a World Series of Poker (WSOP) Main Stage and weave a magically entertaining narrative into the guts of your product, you can’t write a happy ending. All you can do is cross your fingers and toes and pray to the Poker Gods that something like this happens…

The final three players got it all-in on a flop of A82r. One of the Ships held 49s for a bag of bones, the lone Panda held A3o for top pair, but strength in numbers prevailed as the other member of the Ships held ATo for the dominant hand.

With everyone expecting the match to move into a final game, the dealer burned and turned a trey, and suddenly, that lone Panda had moved from being on the endangered list to an animal hellbent on sinking ships.

“What an achievement to conclude the first season of GPL in China,” Dreyfus told me after the result had made its way to Dreyfus Towers. “We have a fantastic partner that delivered a great experience for all players involved. I visited most of the GPL’s cities last December, and I’m happy that the Chengdu Pandas won. It’s a great city, and I’ll be happy to promote it.”

The winners picked up a check for 1 million RMB, which is USD 150,000, and the Pandas donated 5% of that bounty to charity – a nice touch.

So where do we go from here?

Is Dreyfus going to get his panda back?

“The live stream from several Chinese platforms had very solid numbers,” said Dreyfus. “I think that our model with a more grassroots/amateurs involvement will be key for the future of GPL, in both poker and esports.

“Our next move is GPL India, which we hope to release more information in the coming weeks, as everything is coming in place now. We have a strong local partner that will help us make this project unique.”

For poker to grow in regions like China and India, we need people like Dreyfus to help change the narrative from gambling to one of entertainment. From the images and video recordings I have seen from the winning team, it seems like that’s happening. Both Dreyfus and the Chengdu Pandas have witnessed a Yuang Meng – accomplishment of a dream.