Home / Poker / Alex Dreyfus on The Future of GPL Including Potential DFS Product; Staking; And The Introduction of New Games 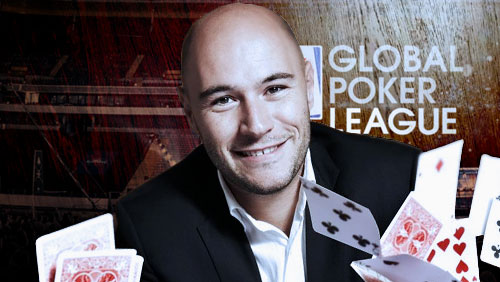 Lee Davy talks to the Global Poker League founder, Alex Dreyfus, about the future of his baby including discussions around a potential Daily Fantasy Sports product, staking, and the introduction of new games.

One of the parallels shared between poker players and entrepreneurs is the need for a long-term vision. There is an understanding and acceptance that to get from where you are to where you want to be there will be a long an arduous journey.

The Global Poker League (GPL) is not a one season deal. The founder, Alexander Dreyfus, has a vision that stretches well beyond that frontier. The journey is both rewarding and challenging, and I sat down with Dreyfus, to understand how the lessons learned are going to be implemented to ensure the future survival of a vision that has become his life.

*To receive the greatest oomph from this interview, listen to the audio file above. What follows is a much-reduced version.


The GPL restarts next week, what can we expect to see that’s different?


“There won’t be anything significantly different. We have learned a lot in the past 4-5 months. We are going to have shorter shows because people prefer to watch player’s play than rather than look at the rest of the content we produce. We will have a little less content, but more statistics, and make the experience smoother.

“Most of what we have learned will be introduced next season because we didn’t want to disrupt this season for obvious reasons. We didn’t want to reduce the number of matches, but we may next year. The priority is finishing Season One and having a winner. Then you have a full narrative, and you can build on that momentum for the second season.

“The first half of the season didn’t have much at stake. Now we are closer to the Play-Offs and Finals the outcome of the matches become more import. We will see more pressure on the players, and that’s better for the fans.”

What are you learning from the feedback from the fans?

“We like to be transparent and released all of the raw feedback data both positive and negative. Some people like it, and understand it’s fun and new. And there are those that don’t want anything new and prefer ordinary poker. So we need to educate people, and that will take time.

“The most important achievement is the fact that it happened and is still happening. There are fans that embrace and support it. You cannot buy love. You can buy sex, but you need to earn love. Only time will give us the traction we need to get that.”

Can you talk about the futures of Sam Grafton and Griffin Benger?


“Griffin cannot do it because he is in the finals of the WSOP Main Event, and Sam wanted to focus on his poker. It worked very well, and they had a good chemistry, but we also learned that you cannot have two colourful players at the same time.

“So we are looking for a GPL host, and that person is Roland {Boothby}, who has experience commentating on poker and knows the GPL inside out. Then we decided to have one poker expert who will change every fortnight. We start with Jonathan Little.”

You launched the GPL TV App today, talk about that.


“Even myself, the person who is the most involved in the GPL, I was not fed enough GPL information. Most people in the world know mobile so having a dedicated mobile app made sense. We were inspired by the NBA on this one. The app we have released on the Apple store is another step in the product that we are building. We started five months ago with the league; we have a website, two studios, and now an app. In six months time, the app will be the ultimate tool that will connect the poker fan with the league.”

Can you provide an update on merchandise?

“We underestimated the work involved in this. Everything takes time, and often more than we expect. We had to create products for 12 different franchises that would have cost us €120k, and it didn’t make sense. It was a mistake not to do it. It was a revenue stream, albeit a small one, I am happy that we are launching next week.

“It’s important to understand we are building, step by step, the pieces of the GPL product. When we start again next year, we will have a very broad range of products that will be available alongside a history, and a narrative so that things will be easier.”


“It’s a big question mark how we will embrace it. But what is the biggest engagement you will get from a poker fan? It’s when he bets on the game, or if he can stake a player. Why didn’t sports betting and staking take off in poker in the past 10-years? It’s because you want the ability to watch your bet progressing, like a horse in a race, or watching a soccer match you have a bet on. You can see from the beginning to the end of the match. In poker, you can’t do that. You can stake a player but can’t rail then from A to Z.

“With the GPL it’s different. 100% of our matches are made to be seen. How can we try to make fan-fuelled matches connected to GPL? Let’s say you and me are playing in the GPL against each other, and we will have a platform that will allow people to stake us and the prize in the middle will be shared between you, me and the fans. We know that 49% of Hendon Mob visitors said they would be keen to stake a GPL player, and 20% said for more than $500, which is huge. We can build a fan transactional model where there is a real engagement from the poker community connected to the players through a framework like the GPL.”

FlowPlay has recently created a product where DFS players can bet virtual currency on the in-play action, can the GPL also incorporate this model?


“Right now in poker, the only information available to you is if the player wins or loses. You don’t have HUD stats because you can’t track the information. In our case, we have that data, and we can aggregate it. We believe the future of the GPL is connected a lot to the data. We can provide the data and create a DFS product. We need a full season to have the data and leverage our information next year.

“100,000 people registered for our Fantasy Poker game and a few thousand were playing every month. The problem with Fantasy Poker was you never know who is going to play. It’s impossible. You know who will play in a soccer game for example. Most important, you don’t have weekly matches. You have WSOP, EPT, and WPT. The GPL has a schedule, and that allows you to create a product that gets you hooked.”

I believe the development of the characters is vital to the success of the GPL. Are you in discussions with the players to try and turn them into WWE wrestlers?

“When you look at the UFC, the characters are developed outside of the matches through content and drama. In the WWE, there is more drama during matches, but there is a lot of drama outside of the ring.

“If you look at our content, 100% of it is about the games. A mistake we have made is not focusing more content on the players and creating stories and dramas outside of the poker table. That’s something we need to work on. Not on the 72 players but perhaps 10 of them who want to be a part of this entertainment proposition. It is something that will happen easier next season because we will have a history to build upon.”

I found the poker boring sometimes during the first half of the season and with advancement in technology and gaming options I wonder if poker is the right game, moving forward?


“We had to answer a big question internally. Should we launch the league with a game like HoldemX or stick with poker? My personal point of view and that of the team was it was too disruptive. We are already trying to create team poker; the cube, players standing up. If we came in with a new game, I am afraid we would have failed.

“We decided to focus on NLHE in Year 1, in Year 2, we may add more games, and in Year 3 we may try a more disruptive game. But we will need the right game, and we don’t have that right now.  I believe in five years the GPL will look entirely different than it does today. It has to be different.”

Elon Musk put everything into Tesla, Sola City, and SpaceX and nearly failed.  I see you putting everything you have into the GPL. Some people are worried about the finances and question whether the GPL will end up like the Epic Poker League (EPL).

“I read a book about a very famous French billionaire who said, “Sometimes it’s a matter of luck”. Like Elon Musk, the line between failure and success is very thin. We raise $10m tomorrow people say “that’s amazing”. We don’t, and we fail tomorrow morning. Then I will be a failure. But I am the same person.

“Sometimes you are seen as a success or failure because of third parties. In our case, we are supported by strong partners. GPL is going nowhere. I am putting everything I can into it and have to so the dream comes true. One of my investors told me, “Don’t sell your dream short, Alex.”

“The more you believe in something, the more opportunity you have to deliver. In April, I was in China meeting a very famous entrepreneur. He told me that my biggest threat would be my ability not to doubt. If you doubt yourself, you will fail. You need to be confident to ensure you have enough energy and will to support everyone else when it gets tough.

“Some people want us to fail. But I remind them that we have been here for four years. We have invested in the GPI, Hendon Mob, the Awards Ceremonies, and the GPL. We need to last long, and that includes securing finance for the next four or five years. It’s a journey that can only be achieved through strategic partners. It’s because we are different and a unique animal that we have a chance to succeed.

“Investing money and making money are two different things. I have invested $4m in this project, Who else is more committed than me to make it work? If I wanted to make money short term I could have just put $4m in a bank account and earned $200k per year doing nothing. What matters is what we are building. The GPL is a long journey. I am fine with that. I knew I wouldn’t make money in the past four years or the next 2-3 years but that’s fine, I am committed to the project.”