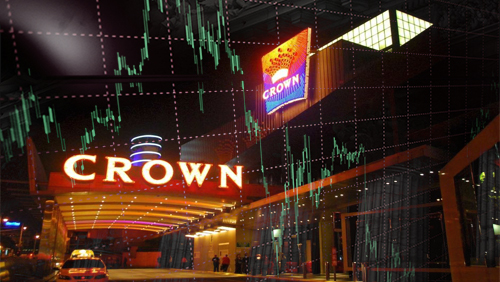 The Australian Financial Review reported that CrownBet executives and the Philip-Bowcock-led British bookmaker William Hill have held in-depth talks on a potential deal. The idea of a possible merger between the two companies, however, was not on the table.

In a statement, Crown Resorts confirmed that it has been thinking about Crown Resorts and CrownBets’ future but made no mention of a possible merger between CrownBet and William Hill.

“Crown evaluates opportunities regarding its investments from time to time,” the company said. “Crown confirms that it is in discussions concerning its interest in CrownBet. There is no certainty as to whether any transaction will eventuate.”

Analysts say Crown Resorts might be preparing for the possible merger of rivals Tabcorp and Tatts Group now that the Australian Competition Tribunal has okayed the US$8.8 billion marriage of the country’s two biggest gambling companies.

Tribunal president Justice John Middleton insisted that the merged Tabcorp and Tatts Group “will be a more effective competitor and the merger is likely to lead to greater competition, particularly in online wagering.”

CrownBet, which accounts for about 10 percent of Australia’s national online wagering market, isn’t a newbie when it comes to transactions like this. Crown acquired its 62 percent stake in the Australian bookmaker three years ago.

Analysts see Crown focusing on its core casino assets in Melbourne and Perth, as well as the construction of its Barangaroo casino and hotel. Before it planned to divest its stake in CrownBet, Crown Resorts sold its shares in the Melco Crown Entertainment joint venture and disposed of its land plot in Las Vegas.