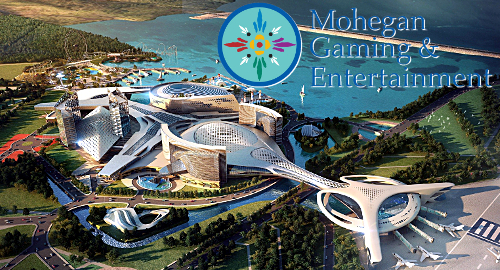 Political uncertainty is not to blame for US casino operator Mohegan Gaming & Entertainment (MGE) delaying the groundbreaking of its South Korean integrated resort project.

This week, Mohegan chairman Kevin Brown told The Day that the planned mid-November groundbreaking ceremony of the $1.6b first phase of the Inspire integrated resort in Incheon, South Korea was “not happening” and that the company was “retargeting for next spring.”

As proof that all was well, Brown noted that MGE had recently hosted Incheon mayor Yoo Jeong-bok at the company’s flagship Mohegan Sun casino in Connecticut. Brown said the mayor used the occasion to sign a “cooperation agreement” with MGE, and while the agreement was non-binding, Brown called it “a significant demonstration of our continued partnership.”

In July, MGE predicted it would begin work on its Korean casino joint venture before the year was through, but South Korea’s relations with China – the primary source of gamblers in South Korea’s foreigner-only casinos – took a sudden nosedive due to diplomatic spats over the (since cancelled) deployment of a US missile system on Korean soil.

Brown told The Day that he “monitors the geopolitics daily” and noted with some relief that inbound Chinese tourism was once again on the rise now that South Korea’s new president had pumped the brakes on the missile deployment. Brown reportedly offered no comment on what effect President Donald Trump’s recent visit to Korea might mean for US-Korean relations.

Inspire’s first phase was due to open in 2020, with subsequent phases to follow over the next couple decades, for a total development price tag of well over $6b. The first phase will include four hotel towers, a 15k-seat arena, an amusement park, dining and other entertainment venues, along with a 20k-square-foot casino floor featuring 250 gaming tables and 1,500 electronic gaming machines.

MGE appointed Mario Kontomerkos as its new CEO in September, replacing Bobby Soper, who left under murky circumstances in the spring. Kontomerkos is a longtime MGE veteran, having served as chief financial officer for six years prior to getting the CEO nod.