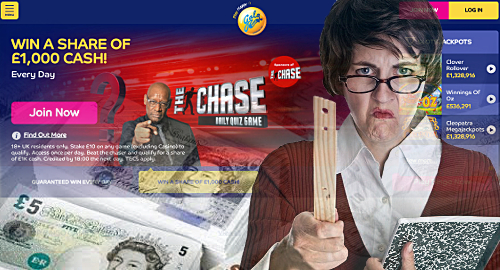 UK gambling regulators have slapped a £2.3m penalty on an online division of bookmakers Ladbrokes Coral Group for falling short of their social responsibility commitments.

The activity in question occurred in 2014 and 2015, during which Customer A lost over £837k gambling online with Gala Bingo. On a single day alone, Customer A deposited around £49k. The customer was later jailed for four years after it was revealed that his gambling funds were obtained via theft.

The UKGC noted that Gala Interactive’s VIP team had “frequent contact” with Customer A, but the majority of these interactions “were designed to facilitate the customer’s gambling” and the company failed to make an “adequate assessment” of the customer’s source of funds or suspected problem gambling activity.

The second case involved a Customer B who lost nearly £433k via Gala Bingo. Customer B made nearly 555k individual online bets, and his single largest deposit was £20k. Customer B was later jailed four-and-a-half years after his thieving ways were exposed.

Here again, the UKGC said it saw “no evidence” that Gala Interactive displayed much interest in conducting an assessment of their high-value customer’s significant deposits and losses for suspected problem gambling activity.

The UKGC determined that Gala Interactive had failed to put into effect written policies and procedures for customer interaction to deal with these types of situations, despite the UKGC revising its codes of practice in May 2015 to address interactions with VIP customers. The UKGC found it “unacceptable” that Gala Interactive didn’t get around to amending its policies until May 2017.

The UKGC noted that an aggravating factor in its ruling was that Gala Interactive’s shortcomings came after the company had provided the regulator with assurances that it had learned its lesson from similar shortcomings in a previous case.

The UKGC ordered Gala Interactive to repay the £1.27m in stolen funds wagered via their site, and to make a £1m contribution to fund problem gambling research. Gala voluntarily agreed to pay an additional £200k for further research into problem gambling activity.