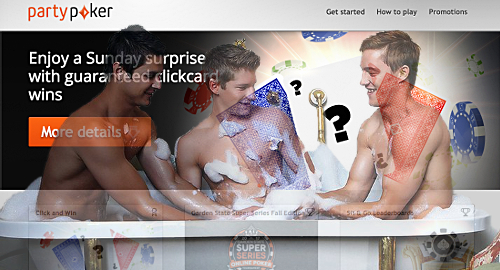 New Jersey’s struggling online poker market could get a well-needed shot in the arm after the state finally agreed to share liquidity with licensed operators in Delaware and Nevada.

On Friday, New Jersey Governor Chris Christie’s office announced that the guv had reached agreement with his counterparts in Delaware and Nevada on pooling online poker liquidity. The three states are currently the only US jurisdictions that allow some form of state-approved online gambling, with Nevada’s offering restricted to poker-only.

Delaware and Nevada began pooling their online poker players over two years ago, but both states’ poker markets were pretty shallow to begin with, and thus neither state really saw any massive explosion in online poker activity. Delaware’s online poker revenue totaled less than $18k in August while Nevada stopped reporting monthly online poker revenue altogether after its number of poker licensees shrunk to two (one, really).

New Jersey’s regulated online market has been far and away the most successful of the three states, but poker remains the market’s ugly stepchild, accounting for only around 10% of the $20m or so generated monthly by state-licensed operators. The state’s online poker market hit an all-time low revenue mark of just $1.7m in July.

Friday’s announcement indicated that players in all three states will be able to participate in shared poker tournaments and cash games, as well as in progressive slots jackpots (the land-based version of the latter having been approved years ago), provided regulators in all three states approve individual operators’ applications.

Christie’s office spared no hyperbole in hailing the agreement as “the beginning of a new and exciting chapter for online gaming” that will “enhance annual revenue growth, attract new consumers and create opportunities for players and internet gaming operators.” And hey, if there’s time left over, perhaps shared liquidity could also take a look at resolving this whole Middle East situation.

The news won’t be all that thrilling to The Stars Group’s PokerStars brand, which dominates New Jersey’s regulated poker market but is currently banned from the Nevada market due to the ‘bad actor’ provisions in that state’s online gambling laws. This ban applies to both individuals and ‘covered assets’ like software, and the covered assets prohibition has no expiry date, meaning it doesn’t matter that the Scheinberg family of ‘bad actors’ sold PokerStars three years ago to the company formerly known as Amaya Gaming.