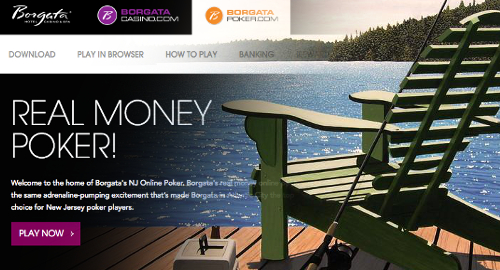 Figures released Wednesday by the New Jersey Division of Gaming Enforcement (DGE) show the state’s licensed online gambling operators reported revenue of $20.2m in June, up 23.4% from the same month last year but down $900k from May 2017.

June’s result extends (albeit just barely) the state’s $20m+ revenue hot streak that began with the still-record $21.7m set in March. The feat was entirely attributable to the casino vertical, which saw revenue rise 23.4% year-on-year to $18.5m, although this was down nearly $500k from May 2017.

But it was the poker vertical that truly stunk out the joint, falling nearly 12% year-on-year to $1.73m, a new record low for the market since the first state-licensed sites launched in November 2013. Poker has traditionally suffered a seasonal summer swoon but it seems the state’s players felt an even stronger call of the wild this year that lured them away from their computers.

A lack of poker options didn’t prevent the Golden Nugget’s casino-only site from continuing its run atop the revenue leader board. The Nugget earned just under $5.6m last month, down about $300k from May’s figure but a hefty $2.1m more than the site earned in June 2016.

The four other state-licensed operators were all bunched up, with only around $400k separating them. The Borgata rebounded from its cellar dweller status in May to second-place in June, although this was largely due to the other sites’ declines. The Borgata earned just under $3.9m in June, up around $400k from May, with $586k of June’s revenue coming from poker.