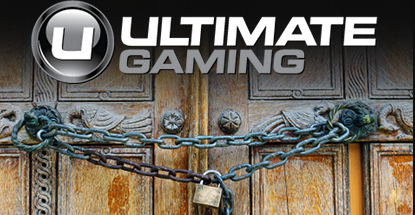 Online gambling operator Ultimate Gaming has announced it’s shutting down its Nevada online poker operation after concluding that the US regulated online gambling market is “an extremely cost-prohibitive and challenging environment.” The shutdown is effective immediately and players are advised to consult the site’s support section for information on withdrawing their account balances.

In a statement first made public by the Las Vegas Review-Journal’s Howard Stutz, Ultimate Gaming chairman Tom Breitling said Nevada’s online poker revenue had “fallen far short of original projections” and that the state-by-state rollout of online gambling in the US had made “the path to profitability very difficult and uncertain.” Friday’s announcement follows Ultimate’s September exit from the New Jersey online gambling market, where Ultimate consistently ranked last in revenue generation among the state’s six licensed casino-backed online operators.

Ultimate is/was majority owned by Nevada locals casino operator Station Casinos. Station released its Q3 earnings report this week and CFO Marc Falcone had suggested to analysts that, while the company was disappointed by its Nevada online poker site’s performance, the axe wasn’t yet ready to fall. Falcone said the company planned to “carefully observe the viability of the [online] business in Nevada” after making “some obviously appropriate cost reductions.” Never mind…

Ultimate Poker went into the record books as the first US-licensed online gambling site after its April 1, 2013 launch in Nevada’s regulated online poker market. The site had the market all to itself until the launch that September of Caesars Interactive Entertainment’s WSOP.com and South Point’s Real Gaming entry in February 2014.

The void created by Ultimate’s Nevada exit may be short-lived. 888 Holdings is reportedly close to launching its own Nevada online poker operation, but whether they’ll be able to make any better headway than Ultimate remains to be seen. With no states likely to pass the necessary legislation in 2015 – California will try again but the stakeholders appear no closer to consensus than in the past – the US regulated online gambling market will continue to be a source of frustration for most operators for years to come.