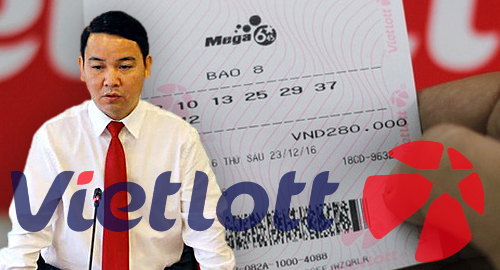 The CEO of Vietnam’s wildly successful US-style numerical lottery operator has abruptly resigned for as yet unexplained reasons.

Over the weekend, Vietnam’s Ministry of Finance announced it had accepted the resignation of Vietlott CEO Tong Quoc Truong effective October 1. The Ministry offered no further explanation for Truong’s abrupt exit, saying only that Truong’s deputy Nguyen Thanh Dam would serve as interim CEO until a permanent replacement can be found.

Truong (pictured) had been Vietlott’s CEO since the company’s inception in August 2012, but he previously served as chief investment officer at state-owned fuel company PetroVietnam as well as CEO of the PetroVietnam Finance Corporation (PVFC) subsidiary.

That PetroVietnam connection is suspected of being tied to Truong’s hasty exit, as a former PetroVietnam chairman was sentenced to death last month for his role in what’s been described as the biggest fraud trial in Vietnam’s history. Several PetroVietnam subsidiaries are currently under investigation for graft related to OceanBank, in which PetroVietnam holds a 20% stake.

The state-run Vietlott launched Mega 6/45, Vietnam’s first US-style numerical lottery game, in July 2016 through a joint venture with a subsidiary of Malaya’s Berjaya Corp. The game proved an immediate hit, offering rollover jackpots that were much larger than those offered by Vietnam’s traditional pre-printed ticket lotteries, including a record $5.8m prize awarded this July.

Vietlott’s runaway success was met with opposition from the country’s traditional lottery resellers, who claimed their own sales had slumped as players gravitated towards the opportunity to pick their own lottery numbers. These lotteries responded by increasing the value of their top prizes by one-third.