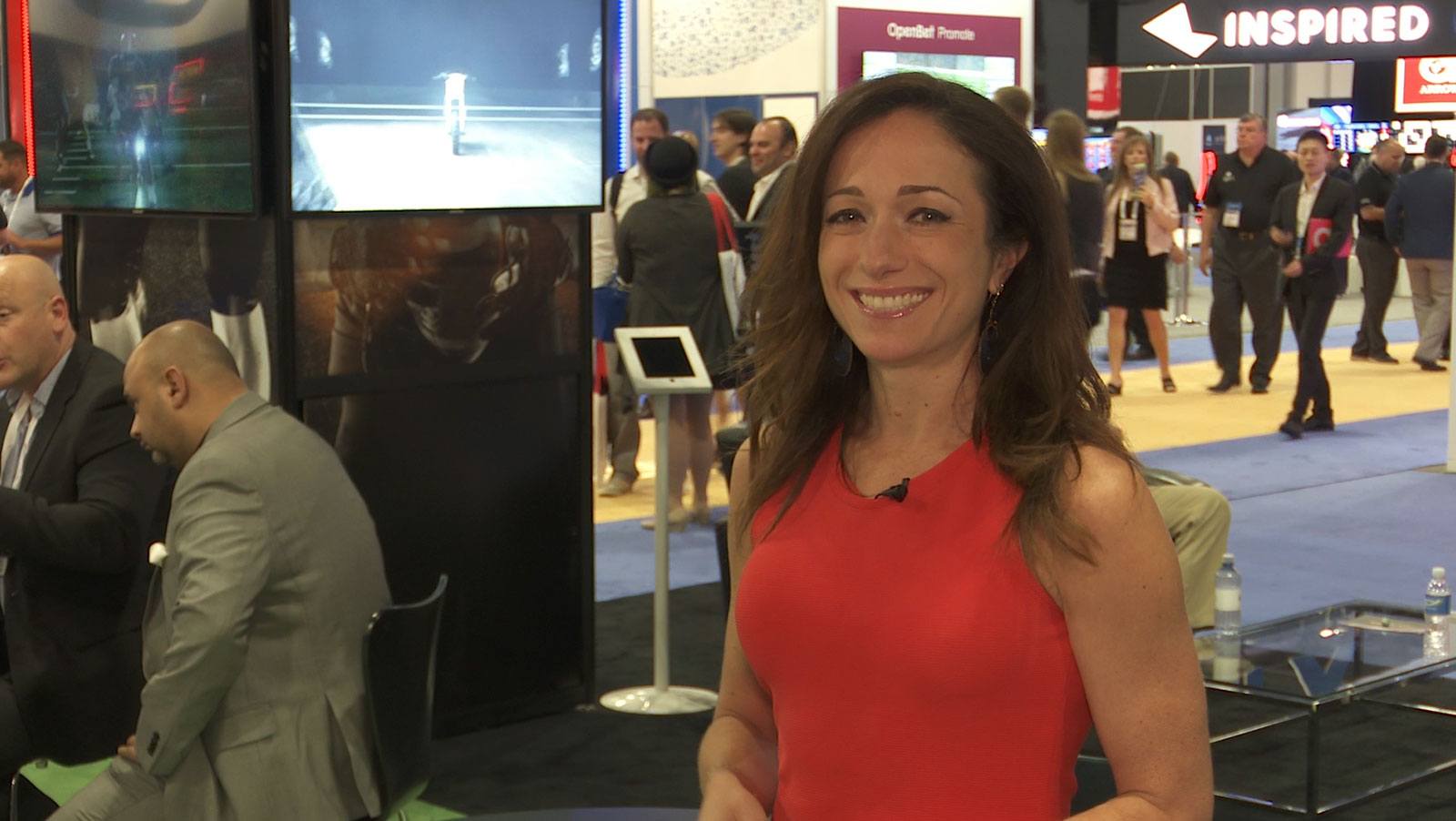 CalvinAyre.com returned to the Sands Expo in Las Vegas this morning to attend day two of G2E and the grand opening of the gigantic expo floor. Despite the tragedy that occurred here in Vegas on Sunday night, as AGA President and CEO Geoff Freeman encouraged, the North American gambling industry and beyond has united here at the Sands Expo and the show must go on.

The 2017 expo floor is full of booths as always and also includes several stages for presentations, ranging from quick Ted-Style talks to other areas of innovation. The “Integrated Resorts of the Future” booth featured a Blockchain presentation this morning, with a focus on how casinos themselves can take advantage of this disruptive technology.

Peter Dugas of Capco specialises in regulatory intelligence and has been advising land-based casinos on how they can use blockchain to benefit their companies. Casinos are a long way from accepting cryptocurrencies as a method of payment, but they are ready to implement blockchain into their back-end tech, especially when it comes to payments, player protection and sports betting.

“For payments specifically where we see the realistic function within a casino is within treasury…peer-to-peer is going to be somewhere probably five to 10 years from now, but for a treasure functions, casinos can save anywhere form five to seven percent of their transaction fees by using the blockchain”, Dugas shared.

“For sports betting right now what we’re seeing is probably a future where sports betting is probably going to be in all 50 states within the next five to 10 years. So that’s going to allow casinos to figure out ways that they can become more efficient at engaging with players and having the process become more profitable to the casinos as well to the player”, he added.

One of the biggest challenges with blockchain and old-school industries such as the land-based casino world is convincing casinos and regulators to change their traditional ways. Education is also an important factor when it comes to understanding why blockchain technology can be so beneficial to the casino industry.

“[Regulators] each have a different point of view and that’s where the challenge is, because they all have a different view, so there’s no common entryway to the regulatory structure within the US. So that makes it a greater challenge”, explained Dugas.

“I think [regulators] are cautious. Cautiously optimistic because one day I think in the near future they’re going to have to figure out how to use it because so many other sectors of the economy are actually using it”, he added.

Amongst the sea of slot machines populating the expo floor as usual, we noticed more skill gaming this year and crossing over between video games and casino games. The GameCo booth had an elaborate display of their latest game, Steve Aoki’s Neon Dream and we caught up with CEO Blaine Graboyes to learn more about it.

Graboyes explained how the new game will blend the controls of an infinite runner with the music of Aoki, creating a unique experience that cannot be found anywhere else on a casino floor. This type of “video game gambling” appeals to the younger generation and will serve as an engagement tool across the casino floor, unlike the traditional slot games.

Aoki himself was scheduled to attend G2E today, however, the events of Sunday night impacted his schedule last minute.

The “Innovation Lab” booth included a talk today delivered by Roger Snow, SVP of Scientific Games. Snow explained how the series “Game of Thrones” serves as an apt metaphor for business in general, especially for the gaming industry.

“While fighting with each other, they are ignoring the menace (the white walkers), they are coming to kill everyone. Until season six, they ignored the problem of the white walkers. Finally, the menace is here. Its exactly the same way in the casino industry”, said Snow.

He compared the industry’s suppliers to the feuding families in Game of Thrones, pointing out how suppliers fight with each other, trying to come up with new ideas while beating their competitors to the punch.

“In our space, its not frozen albino zombies coming to kill us, its slightly different, its just that the times and the trends change and that casinos used to encompass a large percentage over the overall revenue and now its kind of flipping”, Snow told CalvinAyre.com.

“There’s so much competition out there with nightclubs, dayclubs, DJs, restaurants, so that we can’t ignore this, otherwise we’ll end up like those people on Game of Thrones”, he added.

Snow explained how 20 years ago, 75% of revenue came from gambling in the casinos. Now its more like 25% coming in from gaming and the rest is coming from nightclubs, dayclubs, spas, restaurants.

“Gambing has quietly been building its resistance. The type and amount of content of gaming has never been better or more diverse”, he said. Snow also mentioned an observation of more skill games and video games dotted across the G2E expo floor, innovation in our industry in an effort to attract more millennials.

Upon further exploration on the expo floor, we came across Authentic Gaming, a live casino provider known for their outstanding work in the European market. Now that the right technology is available, live casino offerings are becoming more and more popular, especially in Europe, yet we were surprised to see Authentic with a booth at a North American facing show.

Authentic Gaming’s Magdalena Podhorska-Okolow, Head of Sales and B2B Marketing, told CalvinAyre.com of the massive growth her company has experienced since our last interview at ICE 2017  and confirmed they have signed on two more casinos with plenty more in the pipeline.

The latest technology has allowed for Authentic to offer HD streaming via IOS devices and with the best offering out there, they are hoping to start signing on North American casinos, hence their big presence at G2E this year.