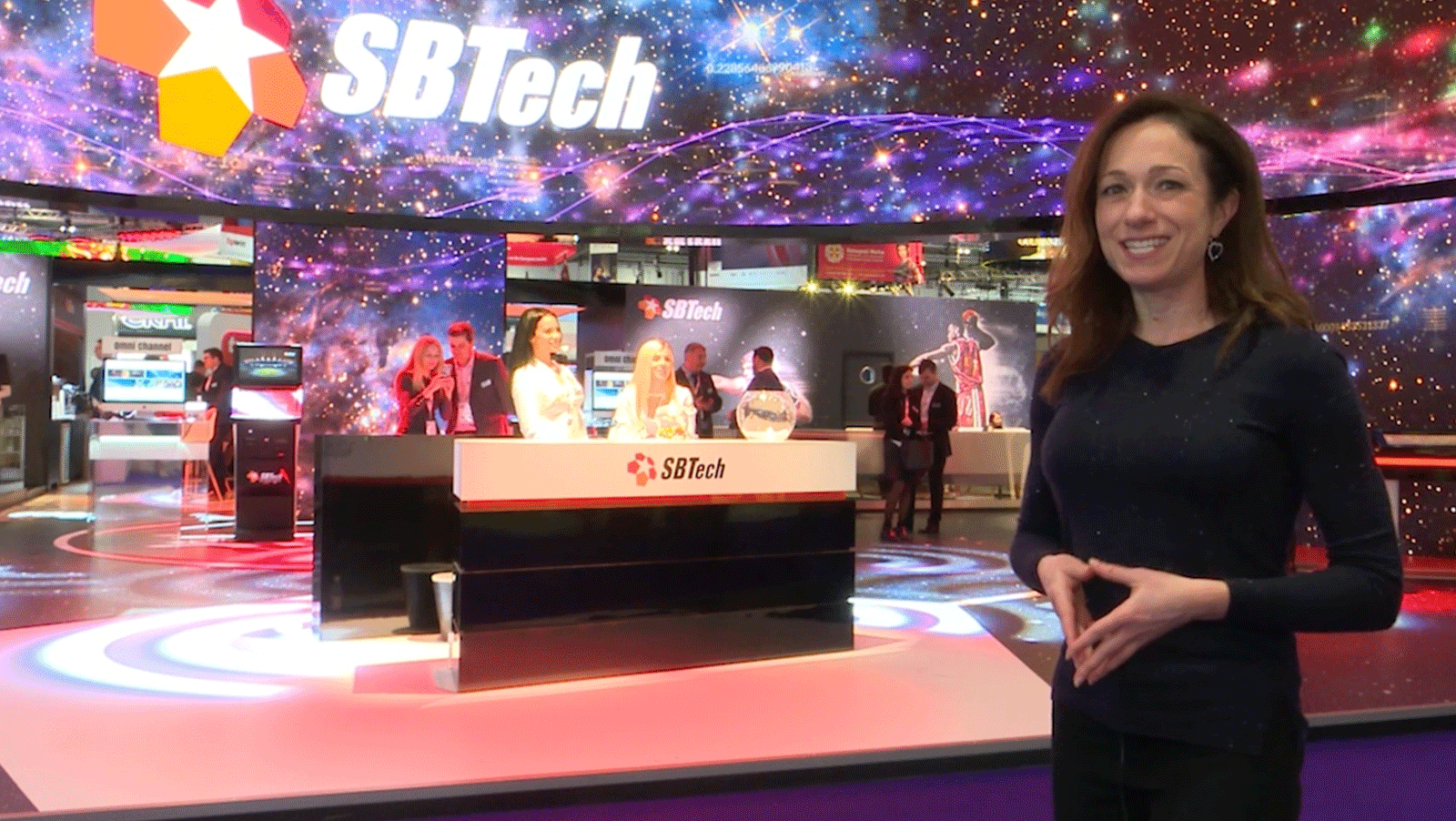 Tuesday, February 7th marked the official start of ICE Totally Gaming 2017, the largest expo of the year dedicated to entire gambling industry. Thousands of industry professionals from around the globe descended on the London ExCeL today for the next three days to check out the latest innovations, product releases, celebrity appearances, sessions and networking opportunities.

We kicked off our day over at the Playtech booth to catch CEO Mor Weizer’s announcement of Playtech’s expanded partnership with Warner Bros Consumer Products for an exclusive DC-branded film and content deal. Playtech now has the rights to create branded content for slot, bingo and casino games from blockbuster films such as Batman vs. Superman: Dawn of Justice, The Dark Knights of Trilogy and Suicide Squad.

After Weizer’s reveal, delegates were invited to take photos with original Suicide Squad costumes flown straight from LA to London.

Live Casino offerings continue to rise in popularity and Authentic Gaming separates themselves from other Live Casino providers by providing streams directly from luxurious land based properties as opposed to from a studio. CEO Jonas Delin told CalvinAyre.com his offering serves as a bridge between the land based and online gambling worlds, providing more (virtual) seats per table for land based casinos and more live casino options for the online player.

In an effort to educate the greater industry on their unique offering, Authentic Gaming organized two live roulette tournament finals at their booth, one for media on Day One of ICE and one for delegates on Day Two.

“We organized a tournament on our live tables for the gaming press. The reason why we wanted to do this was to educate the market a bit on what our market is all about, we enable people to play tables that are streamed from land based casinos right on their mobile phones”, Delin exclusively told CalvinAyre.com.

The prize for the media tournament was several nights stay at the five star Saint Vincent Hotel & Casino and Alex Pratt of iGaming Business was the lucky winner, or should we say most skilled roulette player of the bunch. The final for qualifying ICE delegates takes place on Wednesday, February 8 at 15:30, booth number S9-133 for the rights to an even larger prize package.

Today’s celebrity appearance was British heavyweight boxing champ Frank Bruno who graced the eMerchantPay booth from 3pm. Bruno welcomed delegates for a photo and a few words, attracting a healthy crowd from the floor.

Chris Smart of eMerchantPay told CalvinAyre.com his company has been going strong for 15 years, but 2017 was the first year they’ve exhibited at ICE and they decided to do so with a bang. Smart said their tag line for Bruno’s presence was “We have some knockout payment methods planned for 2017” and seeing as ICE continues to grow year on year, this was the event to plan their exhibition debut.

GamCrowd is Clarion’s official Global Tech Partner and they set up a big booth this year for hosting Pitch ICE and two instalments of “What will be the impact of blockchain on the gambling industry?”, one on the afternoon of Day One and one on Wednesday, Day Two from 12:30-14:00.

“We are really on the verge of big things between the gaming industry and blockchain– blockchain as a technology supporting different services and of course crypto/digital currencies. 2017 can be a big year for a combination of these activities and industries. We’ve passed the Proof of Concept stage and now we’re getting into the real activities”, shared Travia. “In the long term, there will be plenty of very interesting collaboration between the two spaces”, he added.

“If you’re not doing something in Blockchain as an operator you’re going to be blindsided. It is a tsunami and this technology will change everything”, Vaziri declared.

Regardless of all the benefits, naturally there are challenges with introducing a revolutionary technology to an industry that is resistant to change, often times due to regulatory restraints.

“Its difficult to put something so global into such a regionally regulated industry”, said Lalanda.

“The Blockchain is the regulator”, added Vaziri. “If you appreciate that, you can appreciate how much easier your job will get as a regulator”, he said.

With “trustless” Blockchain technology powering our industry, the industry will reap the benefits of regulation, but without the staff; there is no need for compliance, the administration, regulators can “outsource” all of this to their regulator, the Blockchain, Vaziri said.

Panelists also touched on the Blockchain powered concept of “provably fair” for casino games vs. RNG systems that require third party testing. Cuesta pointed out operators can also store information such as KYC systems, geolocation, biometric and other applications on the Blockchain.

All panelists agree we’re in a period of transition with Blockchain where education is very important. Users are not educated on blockchain yet and regulators have to help spread the word.

Vaziri said there are two challenges at the moment with users trusting blockchain. First is user-friendliness and we need a third party to intervene and make it more user-friendly. Second is the critical challenge that will transform the industry overnight and that is identity. “If you solve the identity problem using a de-centralised service, blockchain will be in everyon’e pocket”, he said.