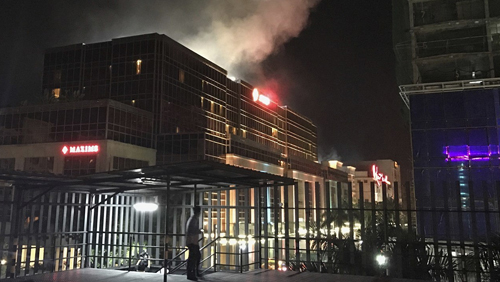 Resorts World Manila (RWM) is on track with its recovery from the deadly June 2 arson attack that left at least 38 people, including the gunman, dead.

Alliance Global Incorporated President Kingson Sian announced during the holding firm’s annual stockholders meeting on Tuesday that traffic inside the integrated resort is coming back three months after gunman and problem gambler Jessie Carlos went on a rampage inside the facility.

Travellers International Hotel Group Incorporated, which owns and operates RWM, is a subsidiary of the Andrew Tan-led Alliance Global.

“And we’re just in September,” added Sian, who is also the director and president of Travellers. “All the hotels in the RWM complex have recovered their occupancy rates with the Remington Hotel and Maxims averaging around 95% occupancy while the Marriott West Wing averages around the high 80s.”

Rappler quoted Sian admitting that the June incident had dented the property’s revenues for the year, especially after the Philippine Amusement and Gaming Corporation (PAGCOR) ordered RWM to suspend operations while an investigation was underway.

“We lost the 2nd floor … we are not operating it anymore and converting that into part of the mall. Of course there was a revenue decline because of that so that’s why we’re rushing the Phase 3 expansion,” Sian said.

At least three additional casino levels with 650 gambling tables and 4,000 slot machines will provide additional revenue to the casino operator once the Phase 3 expansion is completed.

“We’re targeting opening the 3rd phase of RWM in the 1st quarter of 2018 but there might be a chance that we will have a soft opening by late December of this year and that should augment at least what we’ve lost in the 2nd floor,” he added.