Resorts World Manila gunman a problem gambler, not a terrorist 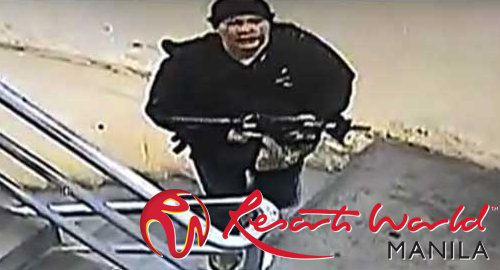 Philippine authorities have confirmed that the gunman whose attempted robbery of the Resorts World Manila casino resulted in 37 deaths was a man with gambling problems, not a terrorist.

This weekend, Philippine police released a statement identifying the gunman who attacked the casino early Friday morning as Jessie Javier Carlos, a 42-year-old Philippine national. The statement said Carlos was a former Department of Finance staffer who’d been discharged in 2014 for failing to reveal all his assets on mandatory financial disclosure documents.

According to police spokesman Oscar Albayalde, Carlos owed over P4m (US $80k) in bank debt as well as an undisclosed amount to private lenders “due to being hooked on casino gambling.” Albayalde said interviews with Carlos’ family members indicated that he’d been forced to sell his car and a family property to help pay his debts.

Carlos, who took his own life at the conclusion of his rampage, was a reputed high-volume gambler who placed minimum bets of P40k ($800) at multiple Philippine casinos but not at Resorts World Manila. On April 3, the Philippine Amusement and Gaming Corporation (PAGCOR) banned Carlos from entering any Philippine casinos following a request from his family members.

The Inquirer quoted a village official in the province where Carlos used to own a farm who claimed that Carlos was “a big bettor” in the local cockfighting scene, losing up to P1m per night. Carlos reportedly bred his own cockfighting birds on his farm, which he sold for P10m, allegedly to help pay his gambling debts.

While Carlos never shot anyone during his attack, dozens of individuals – a mix of hotel guests and casino staffers – lost their lives during the ensuing chaos. Carlos set fire to multiple casino gaming tables and the resulting smoke and fumes caused most of the victims to suffocate in the cramped hallway in which they’d taken refuge.

Travellers International, which operates Resorts World Manila, has announced it will compensate the families of the deceased P1m ($20k) each. Four of the victims were Taiwanese nationals, while another was from mainland China.

While offshoots of the Islamic State terrorist group continue to claim that Carlos was acting on their behalf, Philippine police have dismissed these claims as lacking any basis in fact.

Predictably, news of Carlos’ gambling problems has led local politicians to call on PAGCOR to offer more assistance to gambling addicts. Ironically, police suggested it was PAGCOR’s ban that may have “triggered” Carlos to embark on his robbery attempt.

In response, PAGCOR issued a statement saying it “strictly implements its Code of Practice for Responsible Gaming” in all PAGCOR-run gaming venues and had “tapped the mainstream, internet and social media to reach its target public about the hazards of gambling addiction.”