Home / Poker / PokerStars caring for the future of humanity via REG 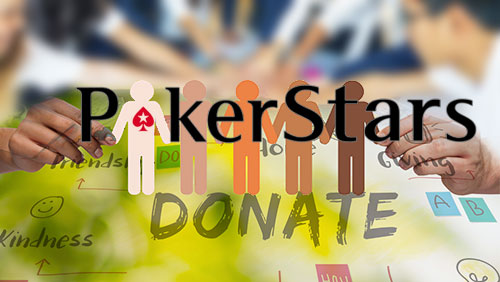 PokerStars continues to partner with Raising for Effective Giving (REG) by promising to donate all tournament fees for the $25,000 World Championships of Online Poker High Roller to effective charities.

When it comes to being charitable, do you go with your heart or your head?

For many years, the answer, for poker, was a simple one.

Go with your heart.

Today, it’s not that simple.

Ever since Philipp Gruissem met a community called the Effective Altruists (EAs), and decided to create the non-profit Raising for Effective Giving (REG), there has been a simmering sous-vide of a heart v head debate within the poker community.

William MacAskill, the creator of the EA movement, once told me that when confronted with this dilemma you should think of boxes. In Box A, goes a certain amount of money that can be donated to charities using your head, and in Box, B goes an amount of money you can donate to charities that soothe your heart.

Something is better than nothing.

PokerStars, who have a hearty charitable arm called Helping Hands, has a box for both.

For the second time this year, the world’s largest online poker room is partnering with REG to donate all tournament fees for its upcoming $3m GTD $25,000 High Roller as part of the World Championship of Online Poker (WCOOP), and will also match $50,000 with a special PokerStars donation.

In the Spring, Alexandr Trofimov won the $702,659 first prize in the $25k Spring Championship of Online Poker (SCOOP) High Roller, and PokerStars donated $109,000 to REG.

REG decided to split the money between The Future of Humanity Institute (FHI) and the Machine Intelligence Research Institute (MIRI). Both are organisations that look ahead to the future to try and predict events that could contribute to the suffering of sentient beings, and then create ways of mitigating or removing that risk.

PokerStars have become more involved with REG since signing board member Igor Kurganov as a member of Team Pro. Kurganov’s beau, and fellow Team Pro, Liv Boeree, is also on the REG board. The pair won the $10,000 No-Limit Hold’em Tag Team Championship at the World Series of Poker (WSOP) and donated half of their $136,982 purse to effective charities.