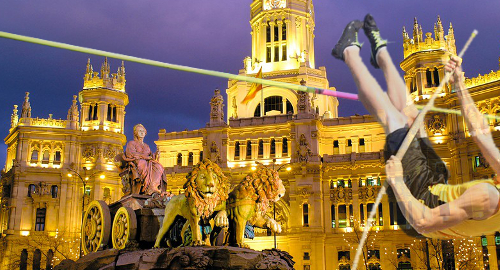 Madrid’s regional government has announced new rules that will make it even more difficult for operators like Cordish Gaming to pursue local casino projects.

On Tuesday, the Governing Council of the Community of Madrid announced plans to increase the difficulty of any project being designated an Integrated Development Center (CID), a highly sought-after status that affords developers significant advantages in terms of land usage and tax obligations.

US-based casino operator Cordish Gaming was hoping to win a CID designation for its Live Resorts Madrid project but these hopes were dashed in July after the local government rejected the company’s application, in part due to fears over the government’s share of the bill to develop the surrounding infrastructure needed to support the project.

Madrid is currently revising its Law of Measures of Territorial Policy, Soil and Urbanism, and the latest draft includes the requirement for a CID applicant to demonstrate that their project is both urgent and offers an exceptional public interest. Future CIDs will only be granted via a public tender to ensure maximum transparency and free competition.

CID projects will also be limited to those built on public lands, with an exception for private land that is already classified as ‘urban or urbanizable.’ In the case of public lands, the municipal landowners can make the final decision on which project best meets the CID criteria.

Finally, it will be up to municipalities, not developers, to determine the scale of the infrastructure upgrades needed to support any CID project. If developers don’t agree with a municipality’s assessment – and agree to pay the bill – then no CID for you.

This last point was one of the main problems that doomed the Cordish project. The local government estimated it would cost €340m to construct a train link to the proposed building site in Torres de la Alameda, while Cordish planned to spend only €15m widening the existing highway.

One day after Madrid rejected Cordish’s latest proposal – the second time the company’s efforts were deemed lacking – the company claimed to have observed “very serious irregularities” in the application process and announced it would “vigorously pursue the exercise of all legal actions” to defend its interests. Cordish has yet to comment further on the matter.

Madrid has certainly not rolled out the welcome mat for international casino operators. In 2013, Las Vegas Sands abandoned its plans to build a sprawling multi-venue resort casino complex it dubbed EuroVegas after the company was unable to secure the desired tax breaks and exemptions from the country’s indoor smoking ban.