Another dive into Robert Greene’s perennial classic The 48 Laws of Power to seek a parallel with the poker industry, this time taking a look at the elusive Phil Ivey.

Only Phil Ivey can blank the World Series of Poker (WSOP) in the year of his Poker Hall of Fame inauguration and get away with it.

When we think about the champions of sport and industry, often, it’s not until they retire or die that we truly understand the impact they made on our collective horse face. 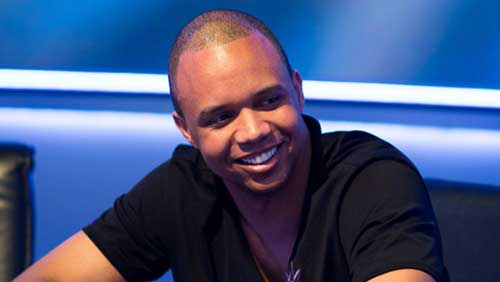 We are living in the presence of a poker prophet, and interestingly, it’s because you are more likely to find lung cancer in a naked mole rat, than Ivey walking down the halls of the Rio, that creates such an emotional attachment to his brilliance.

In Robert Greene’s 48 Laws of Power, Law #16 states ‘Use Absence to Increase Respect And Honour.’

“Absence diminishes minor passions and inflames great ones, as the wind douses a candle and fans a fire.” La Rochefoucauld

During this time he represented the Full Tilt Poker brand and appeared regularly at the WSOP, as well as the most watched televised high stakes cash games in the world.

In his early years, just like everyone else who reaches the top rung of the ladder, he was recognised for his indefatigable service to the poker industry, a recognition that accumulated in his induction into the 2017 Poker Hall of Fame.

And it was this early work, that is so critical when it comes to Greene’s 16th Power Law. For your absence to create power, you first need to manufacture a presence that people will miss when you are gone. You cannot create value through scarcity if nobody notices that you aren’t around.

“Talents lose their lustre if we become too familiar with them, for the outer shell of the mind is more readily seen than its rich inner kernel.” Robert Greene

He sucked us in.

Then he made a mistake.

Too Much of a Good Thing

In 2012, Phil Ivey announced plans to launch a social poker app called Ivey Poker. There was a buzz within the industry, as the world’s top players started showing up at live tournaments wearing Ivey Poker hoodies, baseball caps, and underpants.

Ivey promised to play on the site, intermingle with his fans, and help them improve their game, a promise that turned into a cast iron commitment when he created the online training site Ivey League. Once as rare as a Jaguar, Ivey began taking interviews, creating online training content, and appearing in more live events to promote his brands.

The ten-time bracelet winner was everywhere, and suddenly, the aura started to fizzle out like a glass of sparkling water dipped into a swimming pool.

“The more you are seen and heard the more common you appear,” Robert Greene

Several years later, Phil Ivey began talking about creating a legacy. I, like many, took this to believe that Ivey would start roosting in the Rio, trying to win more bracelets. 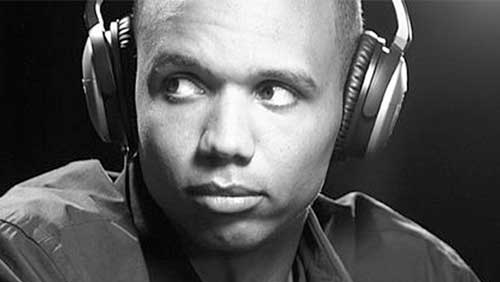 In recent years, baccarat court cases aside, Ivey has retreated into the shadows, and with that withdrawal, comes a desire to covet. The man did such a great job of creating an indelible footprint in the history of poker that his reputation remained in tact during his coming out period.

There is only one brand with the name Ivey in it.

By removing himself from poker’s prying eye, he is cementing his legacy. Take a look back at those records from earlier. There is nothing the man hasn’t accomplished in this game, so what exactly does he have to do to create a legacy.

Too many heroes leave their sports too late.

After being inducted into the Poker Hall of Fame, Ivey’s reputation within the DNA of this game is protected for as long as Wikipedia exists. There is nothing more that he needs to do except vanish like the typewriter, providing once a decade Loch Ness type sightings.

“What withdraws, what becomes scarce, suddenly seems to deserve our respect and honour. What stays too long, inundating us with its presence, makes us disdain it.” – Robert Greene.

Ivey had reached a point where people had begun to take him for granted, and that reduced his power. Try obtaining an interview with him, today. You are more likely to talk to Roy Orbison.

He had to withdraw completely to regain that lost respect.

“If I am often seen at the theatre, people will cease to notice me,” Napoleon.

And it’s not only Ivey who understands the power of this law. During a recent interview with Patrik Antonius, the Fin told me, how in his early days, he would hang out with a group of Finnish poker players, but had to break free to make his name.

In doing so, Antonius was able to cultivate a secretive, and seductive persona, not unlike Ivey. We rarely see the man, and that makes us lust after him even more.

And the law also applies to other areas of the poker industry.

The decision to make the $1m buy-in One Drop event biennial follows the same rules, as did the decision to ban professional players from competing in 2016.

Do the live tournament operators need to reduce their heat maps, instead of trying to set them on fire?

To use this power, you have to play the long game, but it’s worth it.

When people set eyes on you, illuminate those tiny planets, give them a reason to bloom. Use the law of absence and presence, wisely. Otherwise, the witness comes through the lens of a grotesque greyish cataract, and you will be invisible.