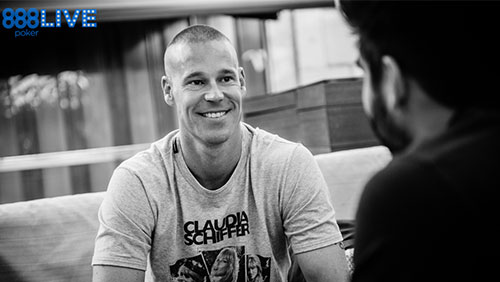 Lee Davy catches up with Finland’s, Patrik Antonius at 888Live Barcelona to talk about parenthood, community, and how it might be the time he stepped up and tried to help improve poker’s image.


Patrik Antonius is every woman’s dream and every man’s nightmare. The Finn’s fine features make the rest of us look like those kids pulled out of the vaginal canal with a ventouse, but he’s not just good looking.

He is also one of the greatest poker players alive with $11.3m in profits playing cash games on Full Tilt, $5.7m on PokerStars, and God knows how much he has won playing live cash games. Couple that with $6.7m in live tournament winnings and you have a man who knows how to play cards.

Antonius is an elusive creature preferring to let others hog the limelight. But he recently surfaced with a sponsorship deal with the clothing firm Noetics, competed in the $100k Super High Roller in the PokerStars Championship Monte Carlo, and lo and behold there he was sitting on the couch in a bar outside the Casino Barcelona during 888Live.

I sucked my gut in, sat down next to him, forgot about my self-esteem and flung into a barrage of questions.

Here is the result.

“I don’t spoil my kids. I come from Finland where everyone is equal. The richest and poorest families feed each other, and we don’t have private schools.

“It’s important that my kids grow up in the same way I did. It’s important to me that they learn to appreciate the small things in life and work hard in school. As a parent, if you spoil your children you could be ruining their future lives.”

Will it be harder to enforce as your kids get older and more demanding?


“We’ll see. So far, it’s a challenge for everyone, obviously. I learned through sports the importance of paying people respect and that hard works pays off. Money doesn’t provide happiness, nor do the material things. I am trying to teach my kids that other things in life make you happy.

“They spent their early years in the US, and it wasn’t always easy. We lived in a gated community, and you had to take your kids to the park to play. As a family, the move to Monaco has been a very positive thing in general. We are closer than ever, and life is a lot easier. It feels more like Finland where I grew up.”

What else are you doing when you aren’t being a father or playing poker?

“It always changes because I try to stimulate myself with different things, but it’s always sports related. I don’t play so much tennis because of injuries but have been enjoying golf. Finding the right balance is hard especially if I go to the States or Asia and am playing poker every day. I wake up, do some quick training, play an 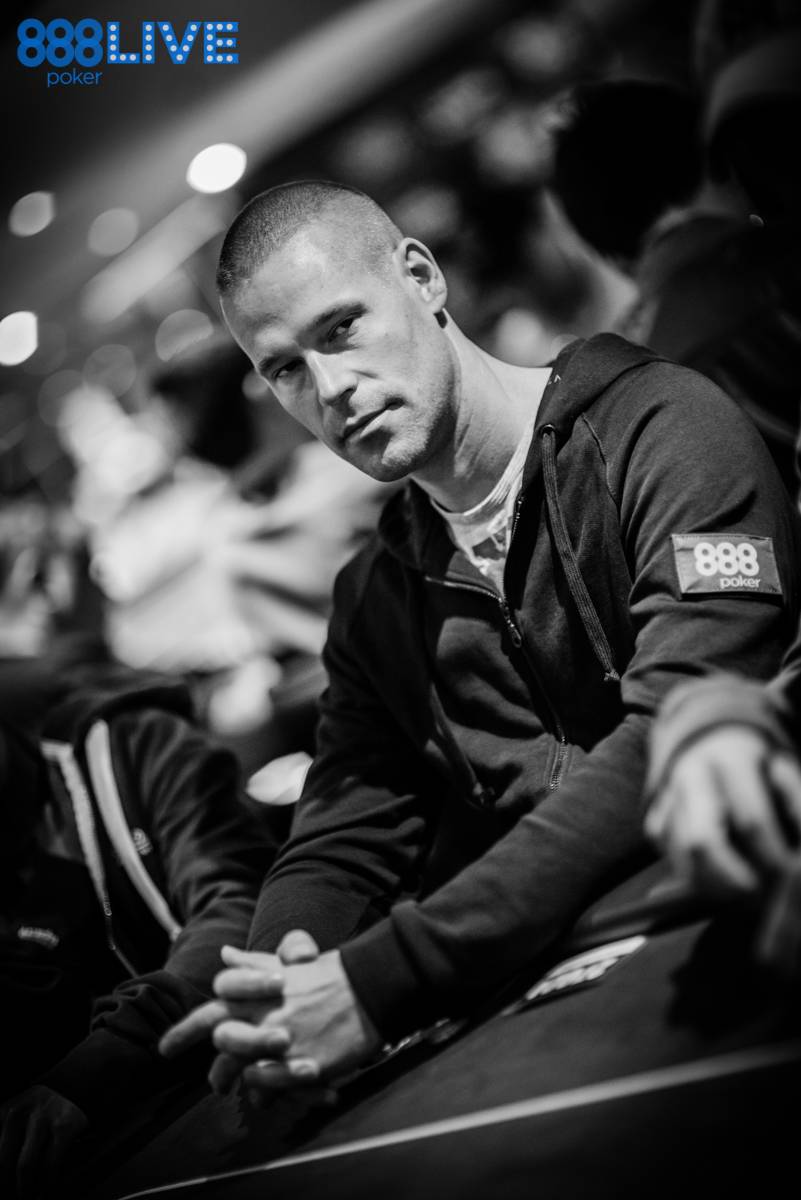 d then go to sleep. Next day I do the same; over and over again for a month or so, and that’s when you need a better balance in life. Lately, in Monaco, it’s been relaxed and feels like a holiday.”

Can you imagine yourself playing forever?

“I used to think differently about this question. I always thought I would play forever, but times change. I love playing, but not as much as back in the day. I will be involved in other areas of business in the future. People live so much longer nowadays, and there is so much more you can do in life.

“Being a professional poker player for 60-years is not ideal. But I can see myself coming back to play every once in a while. Poker is my best skill, and I want to use that. When I am older, I would like to play less frequently and not be in a position where I have to play to pay my expenses. I would rather play for enjoyment.”

Talk about your relationships in poker?


“I have a different approach to most poker players. When I started playing, I had a lot of poker friends from Finland. We would travel as a group, talk poker and stay at the same places. After a year or two, I realised that these people had a different approach to me. The group was too competitive. There was a lot of negativity, and some were even enjoying other people’s failures.

“I separated and decided to do my own thing. Nobody ever had a piece of me, and I made my own decisions. In my spare time, I went out and found friends. I spent a lot of time in my early career with the Mizrachi brothers and Noah Boeken.  I am not a very social person when it comes to big groups. I do my own thing and have a few people I spend time with, and it works for me.”

What is it that you like about Noah Boeken?

“Noah has been one of my best friends my entire life. He is opposite to me. He is the guy who is outspoken and says things without thinking. He is fun to party with. I can relax with him. He is my type of company. I forget about everything when I am with him. The first time we were in the same place playing poker I didn’t like him at all. He went straight to my friend and said something personal and I thought, “Who is this asshole?.” Then I got to know him and realised he never means any harm, but he just says what he thinks. Personally, I don’t make comments if it will hurt people’s feelings. I don’t want to hurt people. I don’t like to be confrontational. I am not that person.”

What are you doing in Barcelona?

“The team at 888Poker invited me as their special guest. The timing was right. I didn’t have anything on, and I like Barcelona. It’s a holiday, and I get to play some poker and get closer to the 888 team and meet new people, so that’s great.

“I haven’t been around, so it’s nice. I haven’t been in the poker media, but I want to do more things for poker. There are a lot of things we can all do to make the game more popular. I am working on a couple of things at the moment that will hopefully show the game in a better light. I want poker to have a better image. We used to have some great shows in the past, but there aren’t any these days.

“I am not too happy with the way poker has been going. There is no positivity. Online poker is dying; things are getting more computerised, it’s harder to win for recreational players, the rake has increased, there are no high stakes poker shows on TV. There is a lot of room for new things in poker.”

I never pegged you as a man who would be determined to give back to poker, but I think you can be poker’s perfect foil.

“Hopefully I can give something back. I have had some talks with interested people about what we could do and come up with some plans. Hopefully, this can happen. There is a lot of room within poker for good to emerge. Let’s just say there is nothing right now that’s interesting media-wise when it comes to poker. Everybody is always asking when is something interesting coming? I think there is room for an interesting concept to make poker more popular.

“It’s a huge industry all around the world, and it’s not very organised. Everyone is doing their own thing. The dream would be to do something that the poker community can all gain from. There are so many people involved in poker who are in great position to do good things. Then you have all these people suffering in the game trying to make a living, and whatever you see at the bottom you feel at the top.”