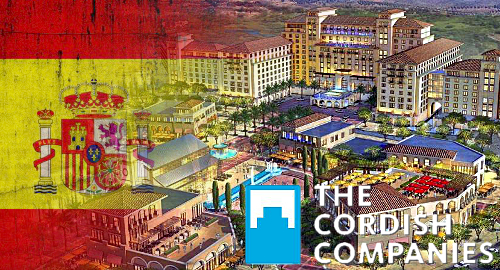 Madrid’s regional government has reportedly rejected Cordish Gaming’s second application to build a €3b integrated resort, casting further doubt on whether the project will go forward.

On Friday, El Confidencial reported that the Community of Madrid had rejected the revised proposal Cordish had submitted for its sprawling Live Resorts Madrid, which was to occupy 92 hectares of land near the city’s international airport. The regional government’s main objections reportedly stem from a lingering concern that the project would rely too heavily on gaming.

Cordish’s original proposal last December envisioned a €2.2 complex with a casino, 4k hotel rooms and the usual assortment of convention, retail and dining amenities. This was rejected by local officials as insufficiently diverse to meet the requirements of an Integrated Development Center (CID), a designation that can only be awarded once per decade due to its significant tax and land use advantages.

Undaunted, Cordish submitted a revised proposal in May that added a six-hectare lagoon and artificial beach to satisfy the CID’s requirements for sports and cultural facilities. But Madrid missed its deadline for responding to the bid, claiming that it needed more info from Cordish before making its decision.

El Confidencial reported that Madrid government officials delivered the bad news to Cordish reps on Thursday. The objections reportedly center around Madrid’s belief that the project’s first phase, which includes the 11k-square-meter casino floor, puts too much emphasis on gaming activity.

The implication is that Madrid has doubts Cordish will follow through on future phases of development, and thus many of the project’s non-gaming components might never arrive. Madrid reportedly also had concerns regarding the massive lagoon putting too great a demand on local water use.

Without the sport and cultural facilities, the project’s designation as a CID appears impossible. Cordish is relying on that designation, as CID-based gaming would pay a tax rate of 10%, a significant reduction from other Spanish gaming venues that pay anywhere from 15% to 45%. The CID tag would also allow Cordish to offer credit to its gamblers.

Cordish has suggested the project’s first phase would open in 2023, and would achieve revenue of €784m in its first full year of operations. Of this, around 62% would come from gaming. Cordish hopes to offer 100 gaming tables, a further 30 poker tables, up to 1,500 lots and a 1,400-square-meter sportsbook.

Neither Cordish nor Madrid’s government have publicly commented on the media report. It’s unclear whether Madrid will allow Cordish to submit a third revised proposal, nor what exactly Cordish would have to do to satisfy the local government’s concerns.