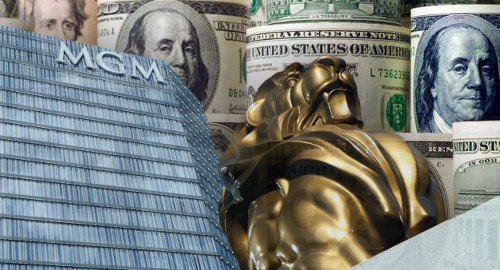 Maryland’s newest casino continues to outperform its rivals, reporting gaming revenue over $50m in three of the six full months it’s been open for business.

However, the state’s largest casino, MGM Resorts’ National Harbor, didn’t open until midway through last December, and an apples-to-apples comparison shows the state’s other five operators reporting a year-on-year decline of nearly 14%.

National Harbor continued its place atop the revenue charts, earning $50.1m last month. That’s $400k less than May’s total and $1.1m below March’s record sum, but the property has now topped $50m in three of the past four months, so MGM isn’t likely complaining too loudly.

The state’s former number one property, Live! (formerly Maryland Live!), took the month’s biggest hit, despite a major promotional campaign surrounding the Cordish-owned casino’s fifth anniversary. Gaming revenue was down over 22% to $41.8m, with slots revenue falling 13.4% to $27.6m while the table game figure was down nearly one-third to $14.2m.

Caesars Entertainment’s Horseshoe Casino Baltimore saw its revenue fall 9.6% to $22.1m, while the state’s also-rans were all in positive territory for a change. Hollywood Casino Perryville reported revenue rising 5.8% to $6.3m, Ocean Downs gained 9.5% to $5.5m and Rocky Gap was up 8.6% to $4.5m.

CORDISH STILL WAITING ON WORD FROM MADRID
The decline of Cordish Companies’ flagship stateside property puts extra pressure on the company’s ambitions to build a resort casino property in Spain. Cordish has proposed a €3b project in the Madrid region but the local government is slow-rolling the company’s approval.

In March, Madrid authorities rejected Cordish’s original proposal for failing to meet the criteria to designate the project an Integrated Development Center (CID), which carries major tax and land usage benefits, and such status can only be granted once per decade. Cordish submitted a revised bid in May and the authorities had promised to take no longer than one month to render its verdict.

However, last month saw Madrid officials request further information regarding the project’s design. The company had 15 days from the June 8 notice to submit the requested information, and the government has yet to provide further updates, except to say that their questions weren’t related to the giant lagoon Cordish added to its second proposal.