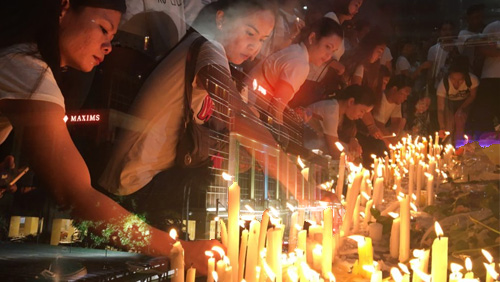 Manila Times reported the Philippine National Police’s (PNP) Supervisory Office for Security and Investigation Agencies is expected to file charges of negligence resulting in multiple homicides against the RWM management.

According to PNP National Capital Region Director Oscar Albayde, three of the victims’ relatives are backing their lawsuit against the casino operator.

Albayde expressed confidence that the PNP have a strong case against RWM, especially after the casino security forces admitted to investigators that they abandoned monitoring of a closed-circuit television (CCTV) camera of the casino and entertainment complex while Jessie Carlos was wreaking havoc on the property before shooting himself dead.

“Security lapse could be blamed for everything probably. [A] security person admitted that he left the CCTV [camera room] immediately. He could have seen people on the second floor at the VIP room and they could have been saved [if he did not leave the room]. All the 37 died because of suffocation,” Albayalde said, according to the news report. “When the police and firemen arrived, they said they were able to evacuate the 12,000 people present at the time in the casino without knowing that all the 37 people were trapped inside the VIP room.”

Aside from the case to be filed by the police, the country’s Public Attorney’s Office is preparing a separate class suit against RWM.

“We have prepared the computation of damages, using the American life expectancy computation. But the offer was so small, not even one-half of our computation. According to ACCRA [Angara Abello Concepcion Regala & Cruz Law Offices] lawyers, they are telling Resorts World to settle,” Acosta disclosed.