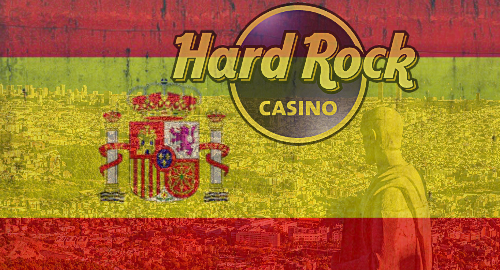 Florida-based casino operator Hard Rock International (HRI) appears set to win the race to build a new resort in Spain after all the other contenders dropped out.

Last week, Spanish media reported that HRI and Hong Kong-listed Melco International Development had walked away from a tandem bid to win an integrated resort license in the so-called Center for Recreation and Tourism (CRT) planned for Spain’s Catalan region near Barcelona. That reportedly left only the joint bid of local firm Grup Peralda and Malaysian operator Genting in the running for the Catalan license.

Since those reports, Melco confirmed on Friday that it had “decided not to participate in the current bidding process owing to other committed development projects in the pipeline,” although the company wasn’t ruling out exploring “future opportunities at the CRT.” Simultaneously, the Grup Peralda/Genting pairing announced it was also withdrawing its bid for consideration ahead of the June 30 deadline, which would have required bidders to ante up €2.5m along with their design proposals.

On Friday, local media outlet El Pais reported that HRI would be proceeding with a solo bid to operate in the CRT. Details on HRI’s bid, including the size and scope of the project, will reportedly remain unknown until local officials make an announcement scheduled for July 10th. HRI is controlled by Florida’s Seminole Tribe, which operates the bulk of the state’s major land-based gambling venues.

Spain hasn’t had much luck securing interest from international developers for its CRT project, which formerly bore the name BCN World/BCN Dream. Melco had originally partnered with local firm Veremonte Espana S.L. before the government pressed the reset button on the whole concept.

Melco and HRI had been pursuing individual CRT bids before joining forces. However, the two parties appear to have decided their partnership wasn’t working the way they hoped. The companies were awarded the sole casino license in the Republic of Cyprus last November but Melco announced last week that it was buying out HRI’s stake in the project.

Singapore casinos will stay closed as 75% of economy reopens
Derek Tonin
22 May 2020
.