Home / Casino / Melco-Hard Rock give up on Spain casino, double-down on Cyprus 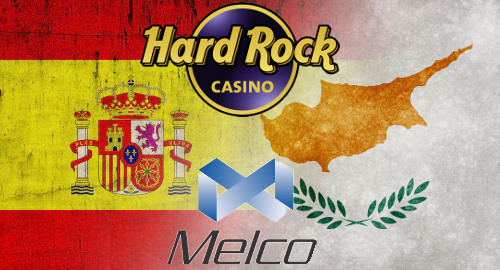 On Monday, the Melco-HRI tandem formally signed a contract to build Europe’s largest brick-and-mortar casino in the Limassol region of the Republic of Cyprus. The operators, who have teamed with local land concern CNS Group, were awarded the sole Cyprus casino license late last year after the other two casino tender finalists bowed out of the race.

Once complete, the integrated resort will boast 136 gaming tables, 1,200 electronic gaming machines, a 500-room luxury hotel, plus a conference hall and the usual assortment of dining, shopping and leisure options. The €500m+ project is expected to net the government an estimated €100m in annual tax revenue.

Things are a lot less rosy in Spain, where Melco-HRI have pulled out of the race to operate the Center for Recreation and Tourism (CRT) integrated resort project in the autonomous Catalan region. On Friday, Spanish media outlet Eleconomista.es reported that the partners had withdrawn their interest ahead of the June 30 deadline for submitting final offers for licenses.

Melco-HRI’s withdrawal leaves just one remaining contender to run the project formerly known as BCN World: the tandem of local firm Grup Peralada and Malaysian casino operator Genting. Although it now has only the one bid left to analyze, the local government is expected to take up to two months before announcing whether the oft-delayed project will go forward.