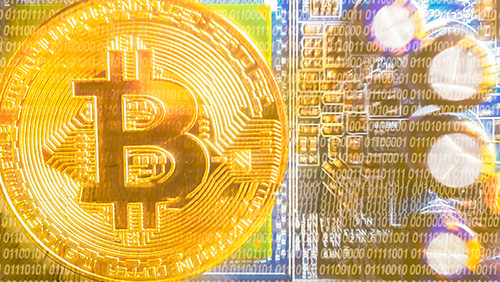 The voracious debate over bitcoin’s scaling issue may soon be over, following reports that miners are now signaling more for the Segregated Witness (SegWit) scaling solution than the Emergent Consensus. But is SegWit the solution everyone is looking for, or will it end in even bigger—legal—problems for the community?

Proposed by Bitcoin Core developers, the main goal of SegWit is to send transactions off-chain and onto second layers like the Lightning Network or sidechains. SegWit has already drawn a lot of criticism over its use of a 1:4 ratio, which some miners pointed out as a political decision that will bind bitcoin’s trajectory for years regardless of technical factors.

But it doesn’t stop there, because according to one expert, SegWit’s technical changes could also pave the way for legal issues.
Jimmy Nguyen, chief intellectual property, communications and legal officer for technology research and development firm nChain, wrote an op-ed piece on CoinDesk, in which he raised the “significant risk” that an activated SegWit will bring in the legal system.

“By separating and discarding signature data, SegWit would make the legal proof and authentication of electronic contracts and transactions significantly more difficult,” Nguyen wrote. “This legal issue could create more practical problems in the business world.”

Signature, or witness, data is important to prove the authenticity of an electronic contract. But Nguyen said, “SegWit assumes that signature data is only needed when transactions are being validated, and can thereafter be discarded as unimportant.”
“Under SegWit, a business or consumer wishing to definitely prove a transaction could, at most, re-associate the witness hash with the corresponding transaction data. However, there will likely be no way to recover the digital signature itself, which means the electronic contract or record may be denied legal validity or enforceability under the e-SIGN Act,” he said.

Aside from SegWit, there are other “creative” solutions that also promise to end the bitcoin scaling debate.
Among these proposals is the Lightning Network, which claims that “using a network of these micropayment channels, bitcoin can scale to billions of transactions per day.”

Yet, despite its promises, Lightning Network is still not equal to bitcoin’s peer-to-peer on-chain transactions, and will instead lead to big payment “centers,” which goes against bitcoin’s initial design as a peer-to-peer payment system.

And don’t just take our word for it: Here’s a Medium post that explains—with mathematical proof—why the Lightning Network is completely an “unworkable system.”

“The Lightning Network is not like other networks in that you cannot simply connect to another user whenever you want,” author Jonald Fyookball wrote. “It’s pointless to create a payment channel for the sole purpose of sending an off-chain transaction, since it requires an on-chain transaction to open the channel (and another one to close). You might as well just send an on-chain transaction instead; you don’t need the LN.”

Bitcoin’s trading price rose to $2,525.70 per coin on Wednesday afternoon.