The gloves are off, at least on the part of Bitcoin Core, as the fight over the future of the bitcoin cryptocurrency continues. 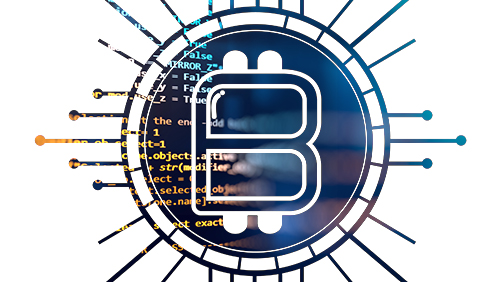 If you haven’t heard, there is a debate raging over bitcoin’s underlying blockchain technology’s current 1MB block size limit. A number of camps, including Bitcoin Unlimited, believe the block size should be scaled upward to alleviate congestion on the network, but the other side—aka Bitcoin Core—insists that the blockchain’s original design is doing fine in its current form.

According to Core developer Luke-Jr, the 1MB limit is already far too large for today’s blockchain use, given that all legitimate uses of the blockchain currency “amount to approximately 750k/block average.”

It’s been a long-held belief that the Core camp is backed by the existing banking establishments, which goes against the philosophy behind the cryptocurrency, even though it could be argued that seeking support from the big banks could a way to make bitcoin recognized and “trusted.”

But while the Core camp has been vocal about why they are against block size scaling, there has been little proof that the group is trying to subvert bitcoin. Until now, that is.

On a recent Reddit post, Core allowed themselves to be quoted saying, “I don’t care what they were designed for. I care for what they are today.”

And if the words weren’t enough, the group was also recently found to have been slipping new signatures—here and here—into the code.

A case of Core subversion?

By adding new signatures, it appears that Core members are slowly subverting the system with each update—without lodging a Bitcoin Improvement Proposal (BIP) and, more importantly, without a consensus.

Core believes that among other things, increasing the blockchain size to anything beyond the current 1MB cap will threaten cryptocurrency’s decentralized state. After all, it was Satoshi Nakamoto himself who placed the limit in the early days of bitcoin with a goal of providing the digital currency a safeguard against spam and dusty transactions.

That limit, however, was supposed to be temporary, and now that the network is able to handle all transactions on-chain, the cap is forcing fees up and making bitcoin slower and less able to be a cash system.

Of course, there is reason not to scale. For Core, that is to make its core elements—Lightning and SegWit competitive. The group, after all, is pushing to implement SegWit as soon as possible and at any cost—including undermining the confidence in other proposals such as Bitcoin Unlimited.

SegWit’s goal is to boost the blockchain’s transaction capacity by sending transactions off-chain and onto second layers like the Lightning Network, which is all about creating a global credit network that will tie up funds for at least half year, and really, how many people have six months available to place into a bank? Hence the alternative, which is loaning the funds.

The price of bitcoin briefly went up to $1,880 during Thursday’s mid-morning trading before settling back to $1,870 level.