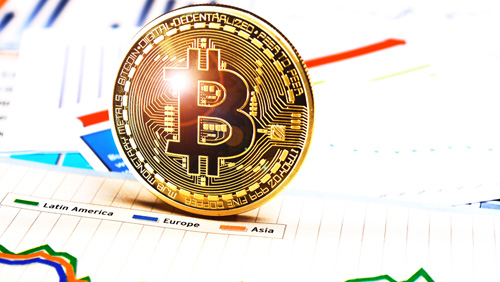 As the debate over bitcoin’s block size scaling heats up, bitcoin mining pool viaBTC is not budging on its stance that Segregated Witnesses (SegWit) cannot solve the network’s capacity problem.

F2Pool recently surprised the community when it announced that it had begun signaling for SegWit, a controversial proposal that seeks to boost the blockchain’s transaction capacity while facilitating layer two protocols. However, F2Pool’s decision didn’t trigger a price reaction in bitcoin, indicating that the market doesn’t think the Chinese mining pool’s announcement has caused any change. F2Pool has around 9 percent network hardware share, but SegWit still requires the support of 65 percent of miners.

Unlike F2Pool, viaBTC has publicly reiterated that it will not support Segwit for a number of reasons. viaBTC ranks among the top mining pools in the world and has recently raised $2.91 million to launch a new global bitcoin exchange.

In a post on Medium, the bitcoin mining pool pointed out that “even if SegWit after activation can slightly scale up block size with new transaction formats, it’s still far behind the demand for the development of bitcoin network.”

The main goal of SegWit is to send transactions off-chain and onto second layers like the Lightning Network or sidechains, which viaBTC said “are not equal to bitcoin’s peer-to-peer on-chain transactions,” noting that “LN will also lead to big payment ‘centers,’ and this is against bitcoin’s initial design as a peer-to-peer payment system.”

SegWit has a lot of issues, but the main criticism against the proposal is its use of a 1:4 ratio, which some miners pointed out as a political decision that will bind bitcoin’s trajectory for years regardless of technical factors.

“SegWit lifts the block size limit to 4MB with 1MB base and 3MB witness block. However, from the current transaction data, the average effective block size will be less than 2MB even if all transactions upgrade to SegWit. This is a tremendous waste,” viaBTC said. “If we want to double the capacity of Bitcoin, we’ll need to make sure the internet bandwidth to run full nodes can support at least 8MB blocks, instead of 2MB. This will make it even tougher to increase block size in the future.”

The decision to upgrade to SegWit is also irreversible, the mining pool said.

“On technical terms, SegWit uses a transaction format that can be spent by those who don’t upgrade their nodes, with segregation of transaction data and signature data. This means SegWit is irrevocable once it’s activated, or all unspent transactions in SegWit formats will face the risk of being stolen,” viaBTC said.

Bitcoin Unlimited focuses on the ‘most dire’ problem

With bitcoin running at full capacity for months, numerous proposals have been put forward—and rejected—by miners. The latest proposals are SegWit, with about 32 percent hashrate share, and Bitcoin Unlimited, which saw its hashrate signaling support more than double from 16 percent to 35 percent over the past month.

ViaBTC is among the pools supporting Bitcoin Unlimited, which unlike SegWit, simply wants to increase the block size as set by nodes and miners.

In an interview with Bitcoin Magazine, ViaBTC CEO Haipo Yang described SegWit as “a solution for malleability, but not one for the most urgent block scaling issue.”

“We support Bitcoin Unlimited because it focuses on the most dire problem. And a well-planned hard fork can also resolve malleability issues in a simple and safe way,” Yang said.

Yang is not alone in the fight to stay true to bitcoin’s original ideology—a decentralized digital currency that will help everyone move out from the comforting arms of the banks. Bitcoin news site CoinGeek recently put up a poll for its readers, 73.33 percent of whom voted for “I’m Unlimited, Baby,” while 13.33 percent were for “I’m a Core believer” camp.

The price of bitcoin has surpassed the $1,200 level during Thursday morning’s trading.