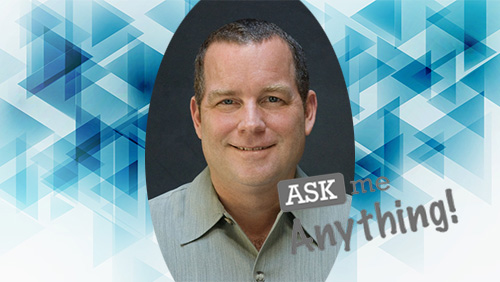 PokerStars has moved the conversation to Discord, a free to use voice and text chat service for gamers, and Eric Hollreiser stars as the first of many employees to host an Ask Me Anything session.

Lately, I have been thinking about marketing more than I think about sex, and I have come to a pretty solid conclusion – you have to change how people feel before we hope to influence their actions.

Of course, this makes sense.

Our feelings and thought lubricate action, so that’s where we should begin.

Online poker rooms have tried to do this by hanging out in the same joints as their customers; staring intently as if they were imprinted with sensational newspaper headlines.

There are two places you find poker players: live tournaments, and online 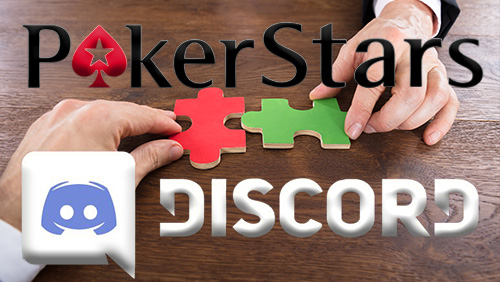 poker forums. All of the online poker rooms have set up threads in the major online forums such as 2+2 at one time or another, but it’s not the ideal communication tool.

Online poker forums are like a jungle where the most innocent of comments is pounced upon with chilling fervour by the piranha-like poker community.

PokerStars has decided to go looking elsewhere, and they have decided that Discord would be a cool place to hangout. Discord is a voice and text chat app, and they promise to beat the shit out of Skype.

The founders of Discord created the business after getting fed up with the archaic options available to video gamers when it came to chat as you play options, and PokerStars are playing with it to see if it provides them with greater insight into the wants and needs of their customers.

You don’t always find the truth when you directly ask your customers. Instead, it’s better to uncover the truth by listening and learning how to see your customers and what better way to do this than to create a community forum that you have more control over.

And Discord is a beast, holding communications with over 25 million people.

The PokerStars channel opened in late April, and they intend to use it for a variety of ways, including hosting Ask Me Anything (AMA) sessions with Team Pros, and most importantly, PokerStars employees.

Opening a line of communication with PokerStars employees is a sound move at this point. When PokerStars customers began looking at them as if they had a severe bone deformity in the wake of the recreational poker player focus, the silence from the Team PokerStars Ambassadors was deafening.

But what did we expect?

Liv Boeree, Igor Kurganov, Jason Somerville, et al., are professional poker players, and I don’t believe they are the right people to answer questions about PokerStars business decisions, goals, and strategies. By using Discord, PokerStars are declaring their intention to be more transparent and easier to strike up a conversation.

The first star of the Discord AMA was Eric Hollreiser, VP of Corporate Communications for Amaya Inc. and PokerStars, and here are some of the juicy bits from that question and answer session.

Q: What steps can PokerStars take to try and work through issues of regulation in countries where they have had to cease or suspend operations?

Hollreiser made it clear that online poker is an increasingly regulated business and that is a GREAT thing because nobody, least of all PokerStars, wants another Black Friday. Hollreiser said that in countries where uncertainty is rife they spend a lot of time, effort and resources educating and informing legislators and regulators.

Q: Is AI a threat for poker?

der why AI experts are using poker as the ultimate testbed for AI advancement.

The VP of Comms then went on to say that PokerStars is working alongside some of the AI experts who have been involved with the recent studies concentrating on two main points.

Hollreiser made it clear that PokerStars believe online poker should be a human versus human experience, but I think this is a fight PokerStars will ultimately lose. Poker players know that edges sharpen over the long term, and when I look into my crystal ball, I see a long term where technological advancements take us to places we can’t even begin to fathom.

I like to refer to Elon Musk when it comes to AI advancement. Musk created Neuralink because he knows he cannot stop AI reaching a human-level general intelligence, but he can make humans smarter, by turning us into cyborgs, so we can continue to gain the upper hand on the robots.

If online poker rooms want to survive in this dystopian future, then they need to take AI technology into their bosom. It’s not a war we want to get involved in because we won’t win.

Q: How does PokerStars defend/keep the lead as the biggest poker brand in the world?

The above question referred to the increased competition in the live tournament realm, especially since PokerStars’ troubles with their core professional player base began.

Hollreiser said that PokerStars tries not to get too focused on worrying about the competition. Instead, they make sure they are focused on executing their strategy. But I can’t see how these two issues standalone. I believe that any strategy begins by understanding your position within your market, and you can’t do this without a detailed understanding of your customers positioning.

Perhaps, because PokerStars have the lion share of the market, they don’t see the need to focus on the competition. To some extent that makes sense, but it also opens up the possibility of complacency.

And complacency was a word that Hollreiser used to describe their recent problems with live tournament poker but promised they are listening to feedback and are committed to making the necessary changes, so the PokerStars LIVE product exceeds needs and desires.

Q: Is there any possibility that PokerStars ads could return to TV?

In a word, no, and I agree with Hollreiser’s views here that TV is not the right marketing portal for the new era of online poker players. Unless you are paying for a SuperBowl ad, TV adverts are a waste of money in my opinion, and they are the very reason, that today, we have a fast forward button on our remote control.

All told, I found the conversation to be worthy, and Hollreiser’s interaction to be authentic. If the quality of this exchange is a barometer of future transactions, then I think this can be a great way for PokerStars to begin to understand the needs and desires of their customers, while rebuilding some of the trust that eroded during the epileptic-like changes they made during the past year.